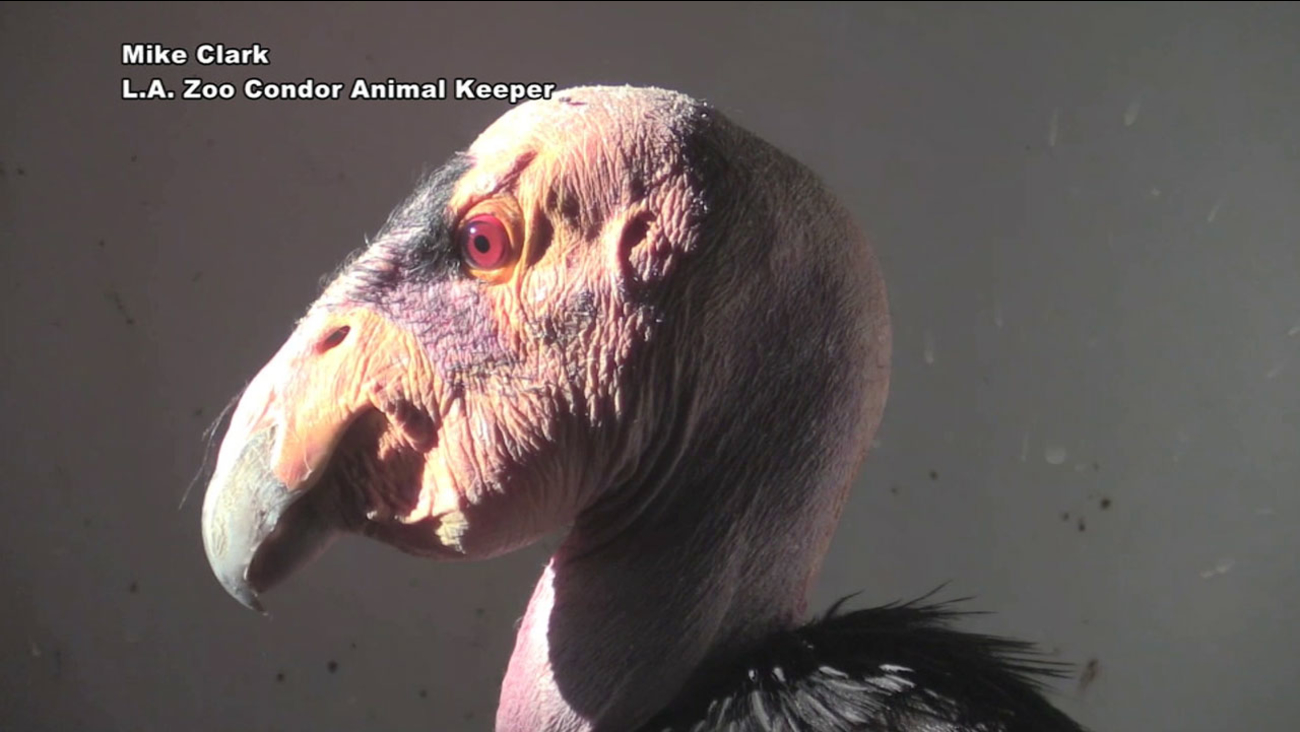 Topa-topa, or Topa for short, was the first wild-born condor brought into captivity in 1967. He has since thrived at the Los Angeles Zoo.

Topa is said to be the most genetically valuable condor in the world because he has fathered 34 chicks.

The California condor is the largest bird in North America, according to the organization Defenders of Wildlife. The species declined through the century until there were only 22 known birds in existence. But as of May 2013, there are about 435 condors in the world.
Related topics:
los angeleslos angeles countywild animalsanimal newsendangered species
Copyright © 2021 KABC-TV. All Rights Reserved.
ANIMAL NEWS