14 shot during house party in Bakersfield 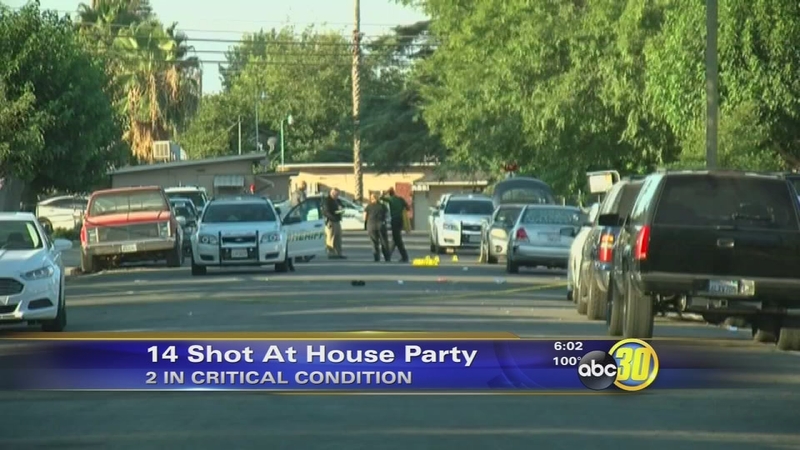 14 shot during party in Bakersfield

FRESNO, Calif. -- Authorities are searching for several suspects after 14 people were shot early Saturday after a party in Bakersfield went awry.

They said some of the partygoers, most between 15 and 18 years old, were uninvited and a disagreement escalated into gunshots being fired.

Authorities said that suspects riding in a car used at least two guns to fire into the crowd and other partygoers returned fire at the car just before 1 a.m.

There were 14 people hit in the crossfire, authorities said.

Two of those shot are in critical condition and at least one person was flown to a Fresno hospital for treatment.

Authorities believe there are partygoers who know the identities of the shooters and are calling for witnesses to come forward.