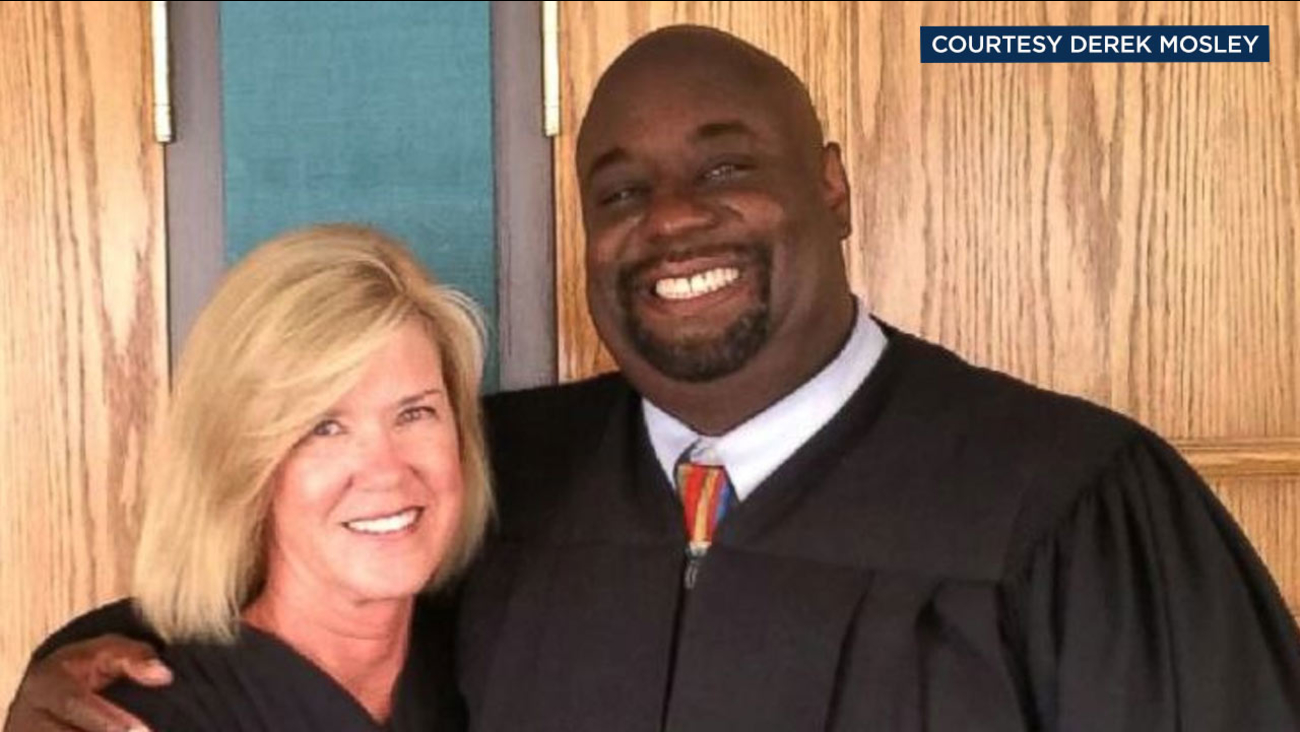 MILWAUKEE -- A Wisconsin judge is recovering after getting a kidney from an unlikely source: his best friend and fellow judge.

Derek Mosley, 45, was diagnosed two years ago with renal failure. The municipal court judge in Milwaukee, Wisconsin, knew that the disease could be deadly.

For two years Mosley, stayed on an overnight dialysis so that he could work during the day. But the dialysis, done through a tube in his stomach, took a toll.

"I was hooked up on my machine at night," he said. "Essentially you're sleeping on your back, on a straight back in a straight line...it wasn't a fun two years."

Mosley said one of the first people he told that he needed a new kidney was fellow municipal court judge, Joann Eiring. The pair have been best friends for 14 years, and when Mosley said he needed a kidney, Eiring didn't hesitate to offer to get tested.

"She's my best friend, and we're close and we do lunch a lot," said Mosley. "She was one of the first people I broke it to besides my wife and family."

Mosley said he was skeptical since he and Eiring are different races and different heights.

"Literally, we couldn't be more opposite of each other," said Mosley.

After Eiring was tested, she came back a perfect match for her best friend and agreed to give him her kidney.

"I honestly just froze. I thought it was a joke," said Mosley. "I was probably stuttering and I'm never at any loss for words."

The pair underwent the surgery last Wednesday and both are doing well. Eiring was expected to be out of the hospital on Monday. Mosley said as soon as the surgery was over, he felt better -- and when he got to see his best friend again he was overcome with emotion.

"I lost it, I completely lost it and I started crying because she literally gave me back my life," he said. "She knows that whatever she needs she's got it. There's no way you could repay that."

Mosley's doctor, Dr. Michael Zimmerman, Kidney Transplant Program Director at Froedtert and the Medical College of Wisconsin, said he hoped the case would give hope to others in search of donors.