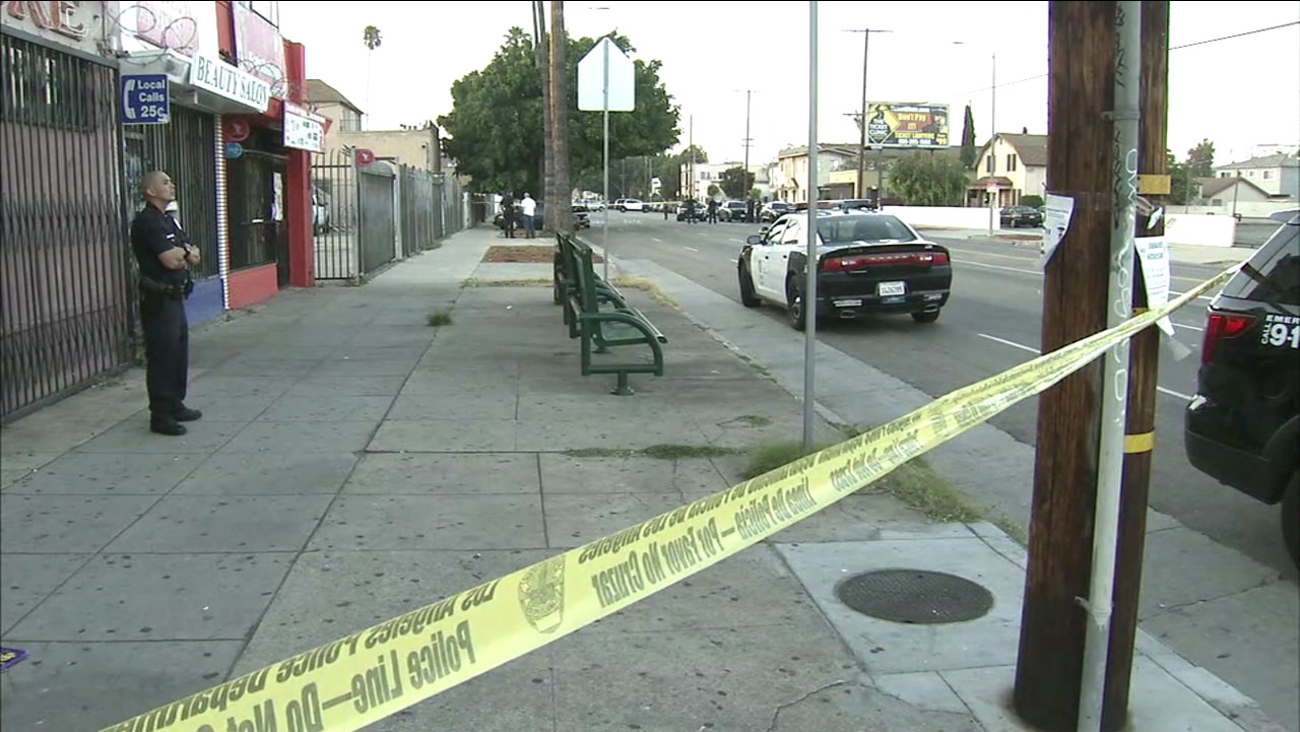 Police responded to the area of 59th and Figueroa streets in South L.A. after a shooting that left one woman dead and three others wounded on Sunday, Aug. 7, 2016. (KABC)

According to investigators, a fight broke out among several men and women about 3:40 p.m. Sunday in the area of 59th and Figueroa streets. A dark-colored vehicle with three people inside drove up to the scene, and the occupants opened fire.

Four people were shot: two men, a mother and an adult daughter. All of the victims were transported to hospitals, according to the Los Angeles Police Department's 77th Street Division.

The daughter later died. Her name was not immediately released.

The shooters were not involved in the fight, officials said. No detailed descriptions of the suspects or their vehicle were available.