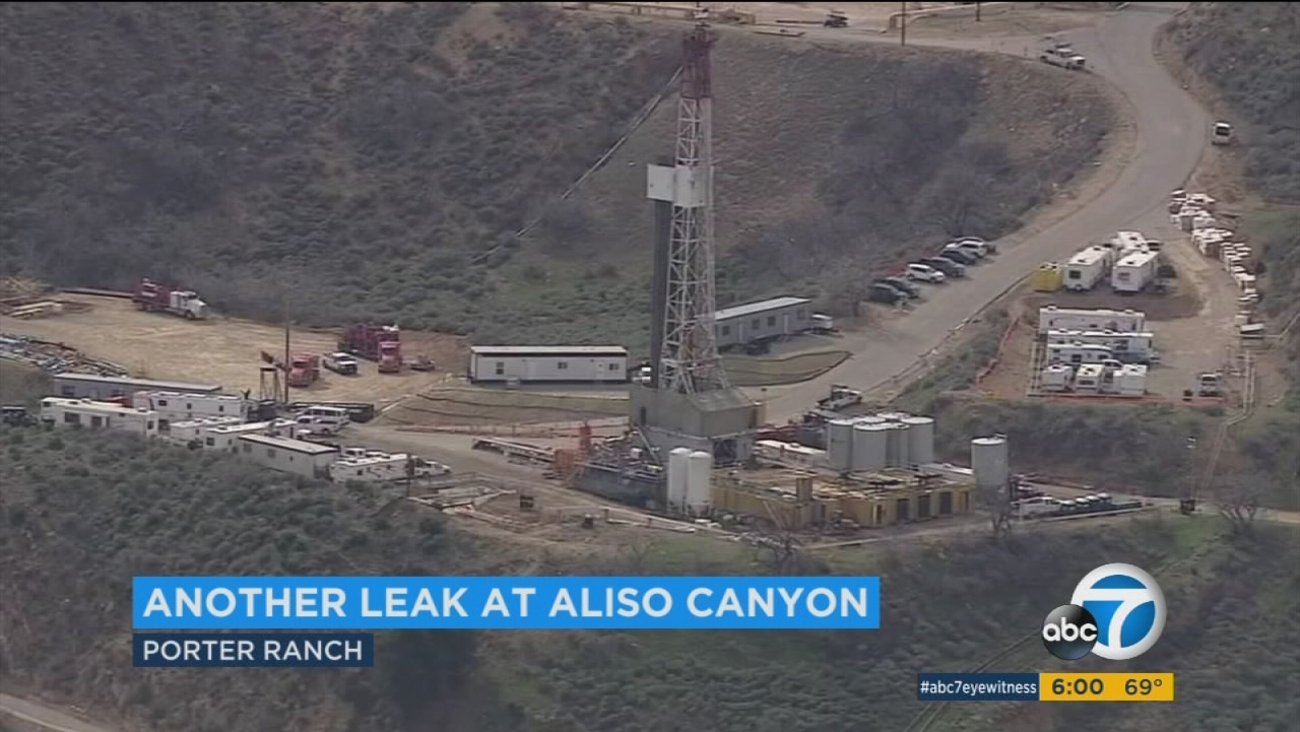 After another gas leak was reported at SoCal Gas' Aliso Canyon storage facility, residents in Porter Ranch called for a permanent closure of the site. (KABC)

The company released the following statement, "Testing results have detected no substance above state or federal levels of concern. This includes thousands of air samples for benzene and other compounds which have been independently collected and analyzed and found to be at or near levels seen in the rest of the county and below levels of concern."
Related topics:
porter ranchlos angeleslos angeles countyhealthenvironmentporter ranch gas leakgas leakgas fumessettlement
Copyright © 2021 KABC-TV. All Rights Reserved.
PORTER RANCH GAS LEAK