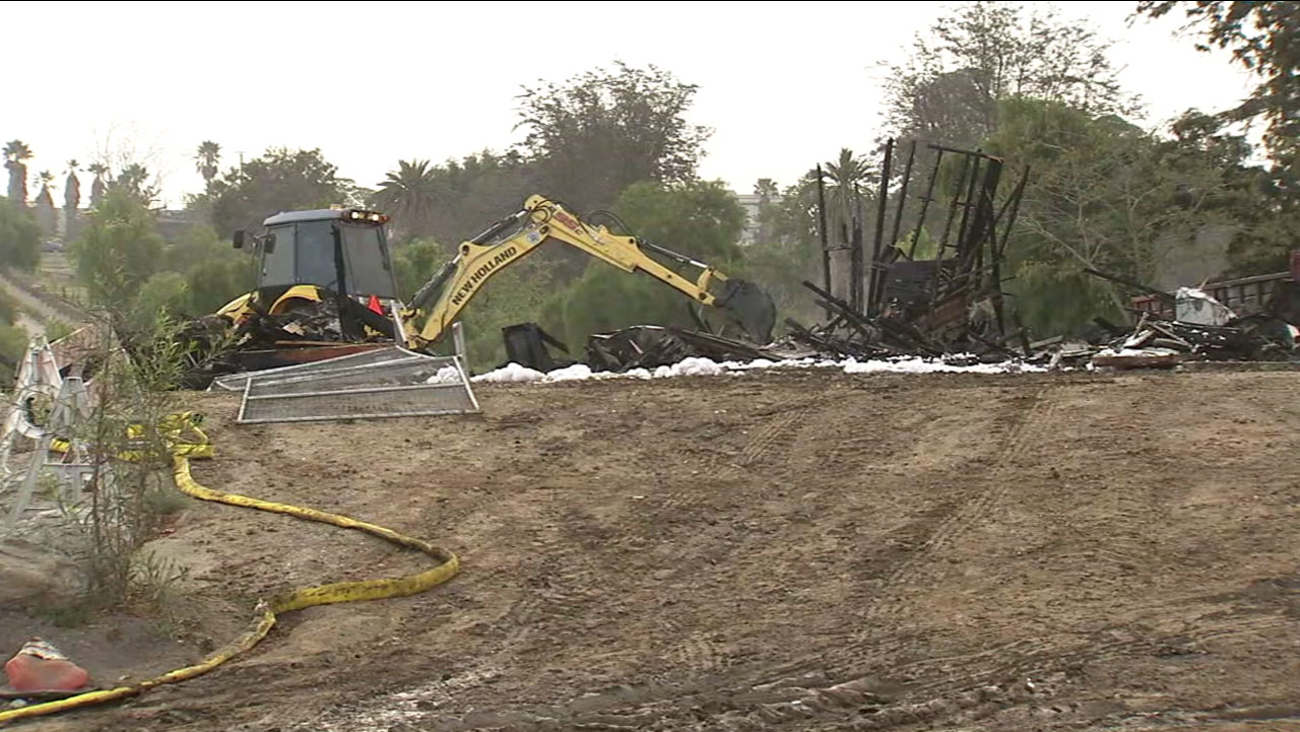 The remnants of a Southern Pacific Depot station are removed after a fire destroyed the building in the early morning hours of Friday, Sept. 16, 2016. (KABC)

The 109-year-old building was engulfed in flames by the time firefighters arrived at Willow Springs Park around 2:45 a.m. The flames chewed through the Southern Pacific Railroad Depot, eventually causing the roof to collapse.


The building, which is a total loss, was brought to Willow Springs Park in February 2015. It was the last of three of the original train stations in Long Beach.

"The building was a great piece to interpret a time in American history that doesn't exist," Katie Rispoli Keaotamai said. "It's a beautiful building with so much to tell."

Keaotamai, executive director of nonprofit We Are the Next, has been closely involved with the depot and oversaw its relocation.

The Long Beach City Council approved moving the structure from 1475 San Francisco Ave. to its new place in the park, along with the plan to rehabilitate the structure and turn it into a visitor's center.

A Southern Pacific Railroad Depot in Long Beach, the last surviving of three downtown stations, is shown in an undated file photo.

Since the depot's completion in 1907, it has been moved twice and has served as everything from a railroad depot to a chemical testing facility to city offices. The Spanish-inspired architecture is similar to many depots built around the turn of the last century.

"For me, the railroad depot provided an ideal opportunity to give an educational experience and a chance to learn and to love Long Beach," Keaotami said.

She hopes it can still happen, even though the building is no longer standing. She said it lived many lives and lasted a long time, so the city and her group will need to figure out how to keep the project alive.