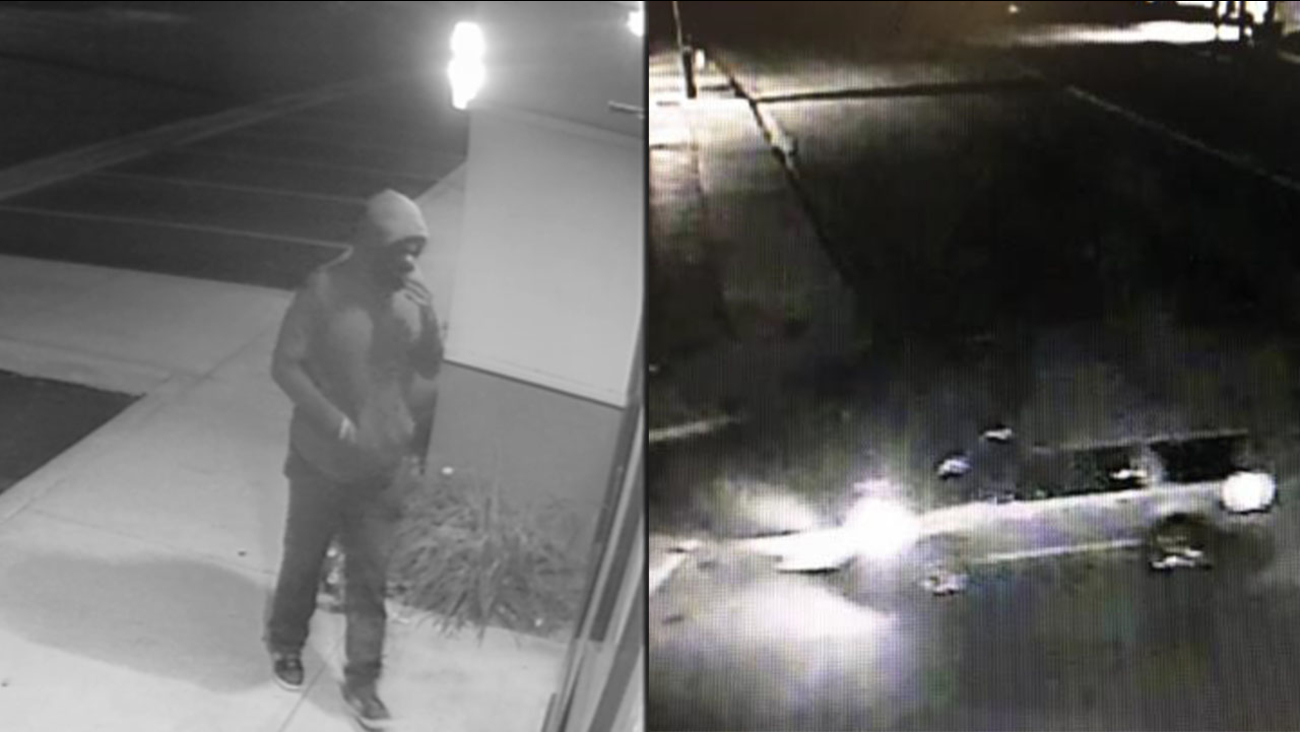 A suspect is shown outside a gun store in Redlands during a burglary alongside surveillance video of the SUV the person left in.

REDLANDS, Calif. (KABC) -- Two agencies have offered a $10,000 reward for information leading to the arrest of a suspect wanted in a firearms theft in Redlands.

According to federal investigators, the suspect forced his way into the FFL Gun Boss Armory in the 1200 block of Indiana Court around 2:30 a.m. on Nov. 4. Authorities said he stole several firearms and rounds of ammunition.

The male suspect is said to be 6 feet tall with a slender build. He was last seen wearing dark jeans, a hooded sweatshirt, dark tennis shoes, gloves and a mask covering the lower half of his face. An SUV was also spotted in the area at the time of the burglary.

The Bureau of Alcohol, Tobacco, Firearms and Explosives Los Angeles Field Division and the National Sports Shooting Foundation each offered a $5,000 reward.

Anyone with information is encouraged to call the Redlands Police Department or the ATF hotline at (800) 283-4867.
Related topics:
redlandssan bernardino countytheftburglaryrewardinvestigationguns
Copyright © 2021 KABC-TV. All Rights Reserved.
More Videos
From CNN Newsource affiliates
TOP STORIES
California calls for pause to distributing some Moderna vaccine