KGO
By by Cornell Barnard 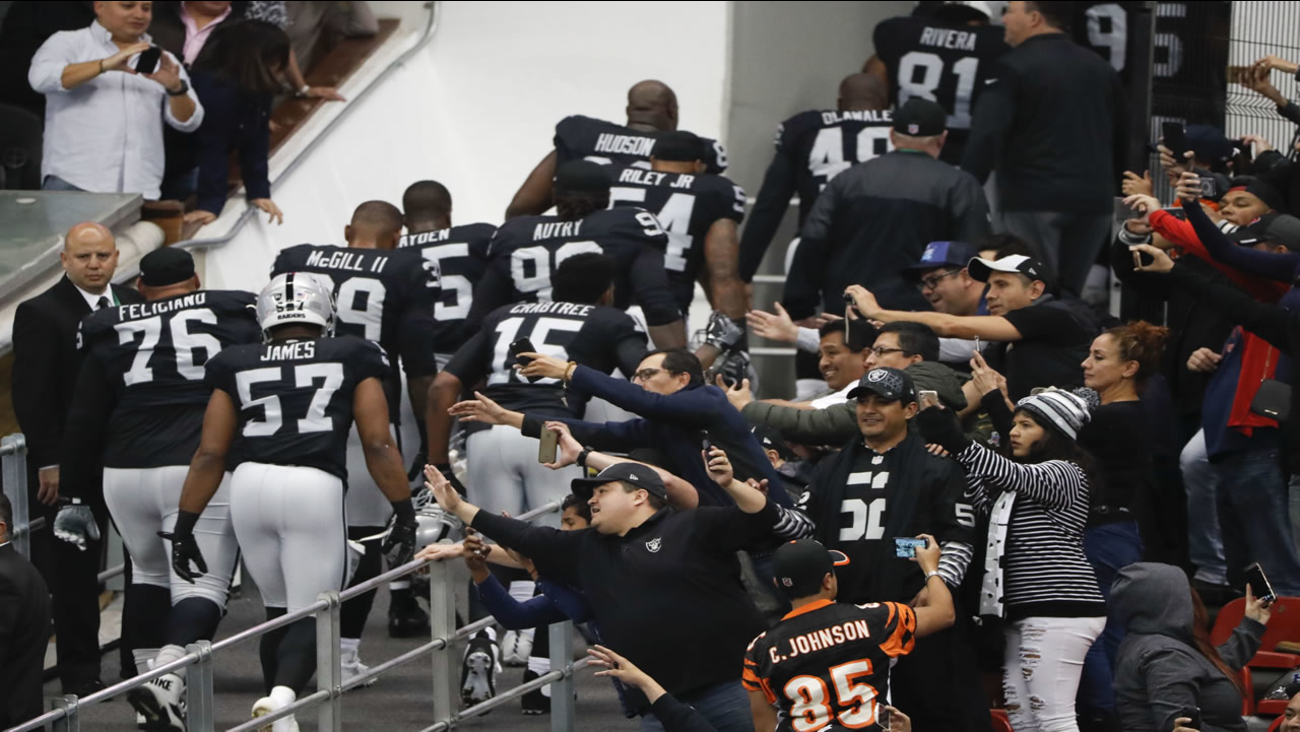 Fans reach out as the Oakland Raiders players make their way into a tunnel before an NFL football game against the Houston Texans Monday, Nov. 21, 2016, in Mexico City. (ASSOCIATED PRESS)

A late-night meeting for the Oakland City Council happened as city leaders take up the effort to keep the Raiders out of Las Vegas.

"They're winning, doing well," said one fan. "They're our team and we want to keep them."

Raiders fans are making a pitch to Oakland City Council to keep the team in the city.

The council's approval of a non-binding term sheet will allow the city to move forward with talks on a $1.3 billion stadium plan.

"This isn't just for sports fans. It's economic development and jobs," she said.

With the Raiders threatening to leave for Las Vegas, an investment group led by former 49er and Raider Ronnie Lott has drafted a plan to resurrect the Oakland Coliseum into a first-class football complex.

Lott admitted he doesn't have the blessing of Raiders owner Mark Davis yet.

"I think we'll get his blessing," he told ABC sister station KGO-TV. "More important, it's making sure we're doing the right thing for the NFL," Lott added.

The city and county would supply the land and some public funds.

Dan Siegel of the Oakland Justice Coalition was heckled when he criticized the stadium plan. He said the city has better things to invest in.

"It's the old Roman empire, you don't feed the people, you give them spectacle," he said. "That's what the Raiders are about."