KABC
By ABC7.com staff
GORMAN, Calif. (KABC) -- A man and woman were being sought Tuesday after allegedly kidnapping three young children whose mother's body was discovered earlier this month in Gorman, authorities announced.

Harvill, Humphrey's sister, was found dead in Gorman on Aug. 14 by a motorist who had made a rest stop on Gorman Post Road, just north of the 138 Freeway, in the northwest area of the county. Authorities initially said the body was found in Lebec.

Before Harvill was officially identified, investigators last week released a composite sketch of her face and asked the public for help in determining her identity. She was described as having tattoos on her body that included the names Rylee and Brayden.

"Help us get those kids home. We need them home because they've got a life that they should be able to live," said the godfather of the three children, Tso Yanez, in a tearful interview Tuesday evening. "I'm at a loss as to why this all went down, what actually happened."

A warrant has been issued for the arrest of both Robertson, who has a criminal history, and Humphrey, according to the sheriff's department. The pair were also wanted for questioning in Harvill's death.

Robertson "is on post-release community supervision and has a previous arrest for possession of a firearm," the news release said, adding that he should be considered armed and dangerous. He is Humphrey's new husband, according to her Facebook page.

Robertson and Humphrey were believed to be traveling with the three missing children in Harvill's green 1999 Ford Expedition SUV, which may have California license plate No. 7BEK024 or paper plates, authorities said.

The vehicle is described as having a rear sticker stating "R.I.P. Chad Watkins," a rear sticker of a six-person stick-figure family, and camouflage duct tape on the exterior base of the SUV.

Anyone who sees the children or the suspects is asked to call local law enforcement by using 911, or Sgt. Ken Perry or Detective Scott Matlock of the Los Angeles County Sheriff's Department at (323) 890-5500. Those who wish to remain anonymous may call Crime Stoppers at (800) 222-8477.
Related topics:
gormanlos angeles countykidnappingbody found
Copyright © 2021 KABC-TV. All Rights Reserved.
RELATED 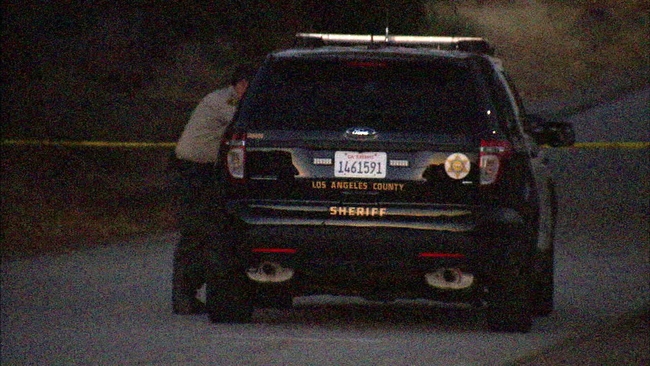 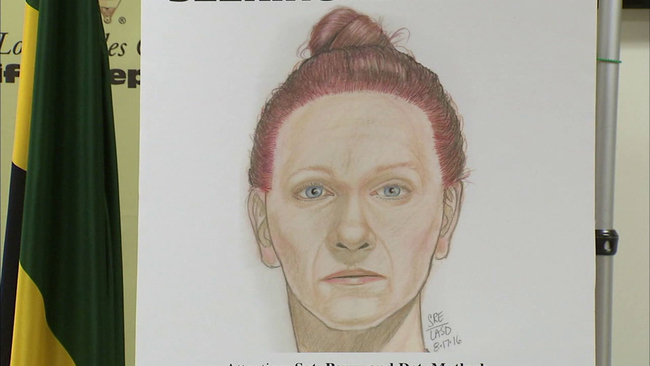