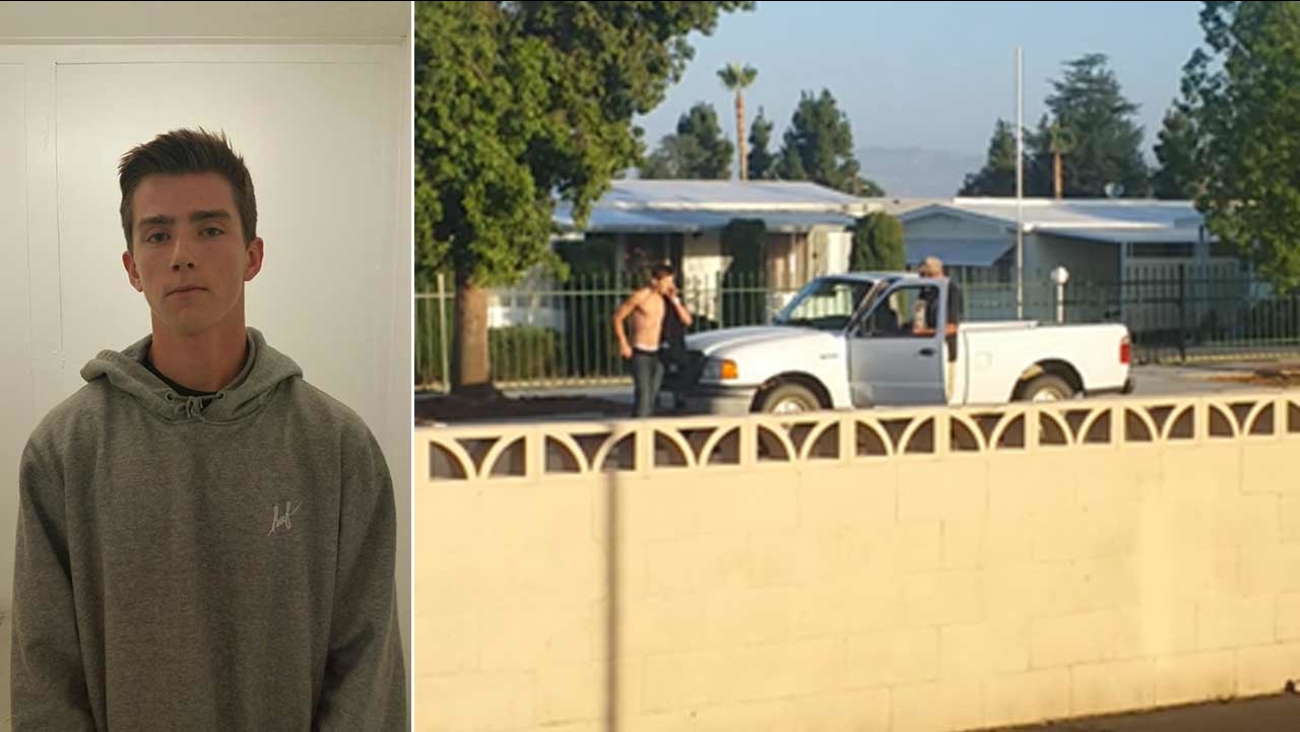 Michael James Williams, 18, was arrested for attempted homicide and conspiracy in a road-rage incident in the 1400 block of S. Gilbert Street in Hemet Friday, July 31, 2015.

KABC
By ABC7.com staff
HEMET, Calif. (KABC) -- Two suspects, ages 17 and 18, have been arrested in connection to a hit-and-run that was captured on video and showed the suspects intentionally hitting the victim with his own car in Hemet on July 31.

According to Hemet police, the victim, identified by his family as Tracy Leavitt, had his car stolen and was confronting the alleged car thief's friend when the car thief hit Leavitt with his own vehicle.

A 17-year-old boy was arrested in the 100 block of N. Buena Vista Street on Tuesday night in connection. Investigators were able to identify the second suspect as 18-year-old Michael James Williams of Hemet.

On Thursday night, Williams turned himself in at the Hemet Police Department and was arrested for attempted homicide and conspiracy. He remains at the Riverside County Jail in lieu of $1 million bail. 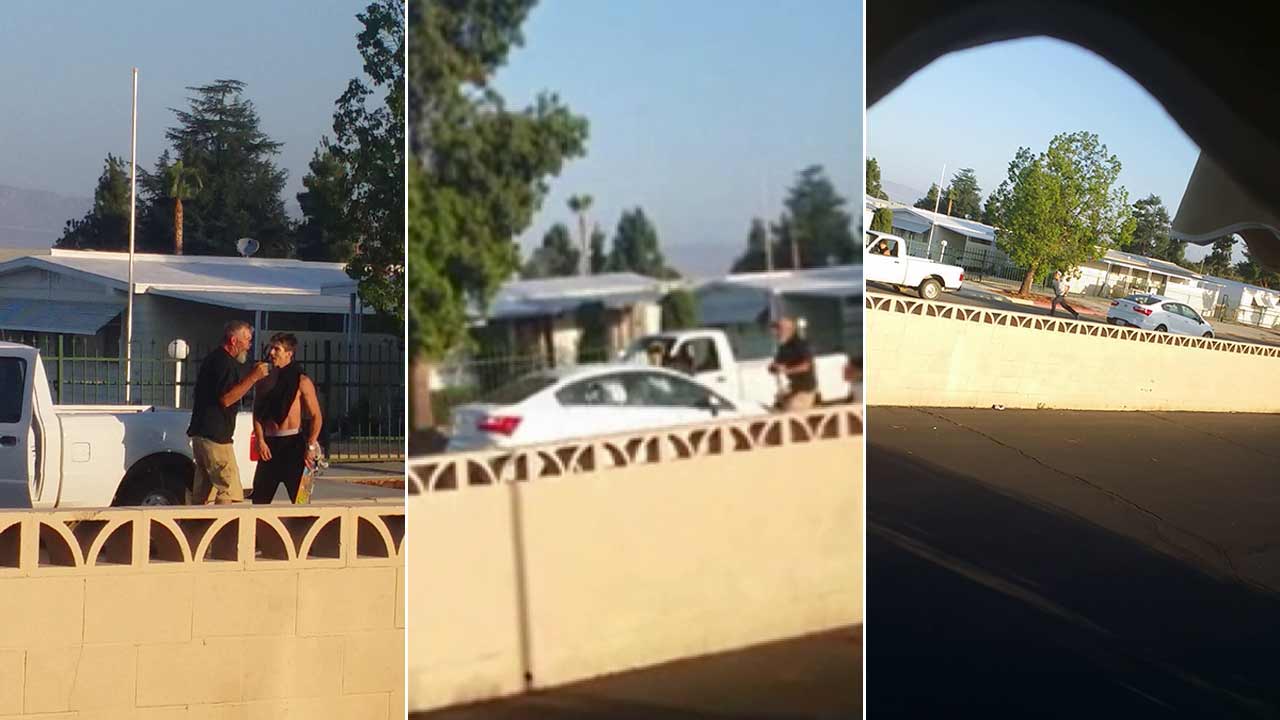 Leavitt suffered a collapsed lung, multiple broken bones and now needs hip and knee replacement surgery. His family has set up a GoFundMe account to help pay for his medical costs. You can donate here: www.gofundme.com/b35wutb3u5w.

If you have any information on this investigation, you're urged to contact the Hemet Police Department at (951) 765-2324.
Related topics:
hemetriverside countyarrestassaultstolen carcaught on cameraroad rage
Copyright © 2020 KABC-TV. All Rights Reserved.
RELATED 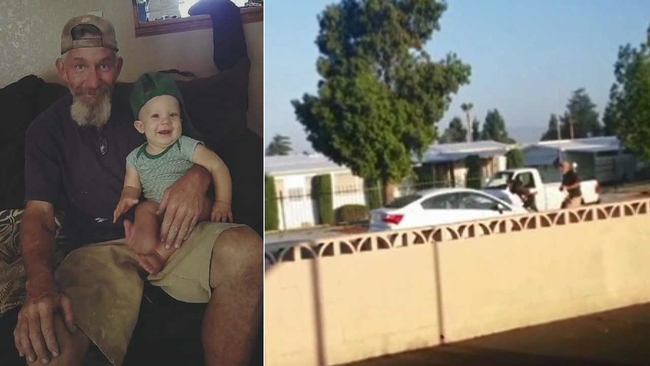 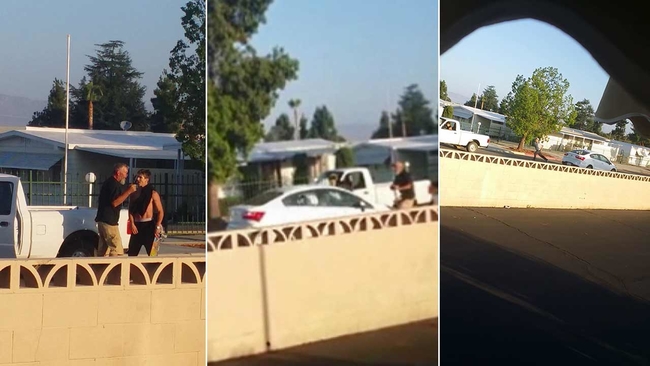