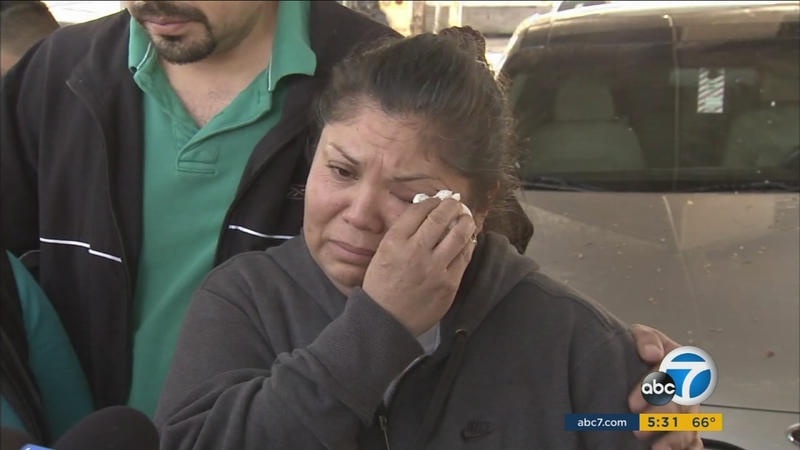 COMPTON, Calif. (KABC) -- Three men were found fatally shot inside a maintenance shack at a park in Compton on Tuesday evening, in an apparently gang-related triple homicide whose suspect was unknown, authorities said.

The grim discovery was made shortly after 11 p.m., when deputies responded to a report of a gunshot victim at Raymond Street Park in the 400 block of Raymond Street, the Los Angeles County Sheriff's Department said in a statement.

Sometime between 9 p.m. and 11 p.m., "there was an interaction between two groups," Sheriff Jim McDonnell told reporters at the scene.

"We ended up with gunshots being fired and three people deceased as a result," McDonnell said.

He added that authorities believe the shooting may be gang related.

The unidentified men, each of whom suffered gunshot wounds to their upper torso, were pronounced dead at the scene, according to the news release.

Sheriff's homicide detectives responded to the location, along with coroner's officials who removed the victim's bodies Wednesday morning.

"It's scary. We always have our kids out here," said Albert Gonzalez, who lives near the park. "This is a nice street. It's a dead-end street, so we hardly get traffic in and out. The people that pass by here, we know who they are all the time."

Family members identified one of the men killed, who was a father of three. They said Jesus Lara celebrated his 22nd birthday just days ago.

Lara's mother, Luz Lara, said he was at the park with a friend just across the street from his home. She then saw police and detectives eventually confirmed her son was killed.

She said their home was vandalized with graffiti and her son's car windows were shattered two months ago. She said someone also fired gunshots at the tires on another family car.

She believes the gang violence could be behind the killings, but is unsure. The family said Lara was a not a gang member. They also said he was a good father and his youngest is only about a week old.

"I can say that we're going to find out all that we can and make certain that those families, they receive the justice that they deserve," she said.

Lara's family is now urging anyone with information to please help in the search for his and the other two victim's killer or killers.