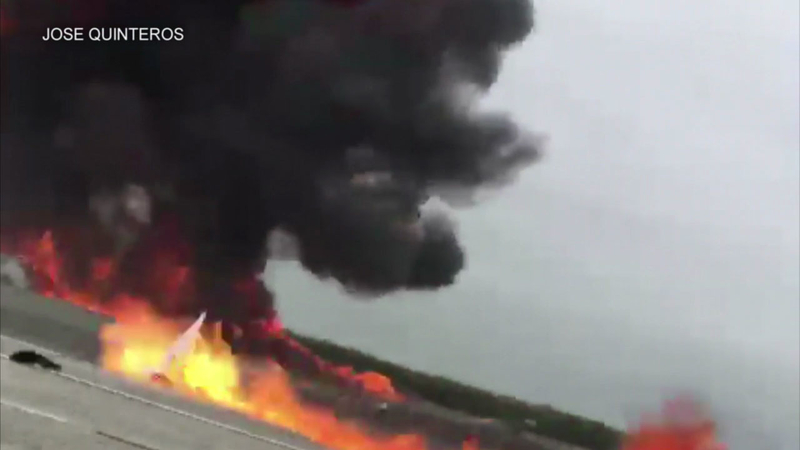 SANTA ANA, Calif. (KABC) -- The pilot of a twin-engine Cessna 310 that crashed down on the 405 Freeway in Santa Ana is in the hospital in stable but guarded condition Saturday while his wife, the only passenger on board, is in stable condition.

Both victims, who have not been identified, were being treated at Orange County Global Medical Center. The hospital public information officer, Jeff Corless, said the couple's prognosis for their recovery is positive.

PHOTOS: Twin-engine Cessna crashes on 405, sending smoke and flames into the air


The small plane came down near the MacArthur Boulevard exit Friday morning, shutting down lanes for hours. Both directions of the freeway were back open to traffic on Saturday.

Dramatic video shows drivers rushing to aid the two victims of a fiery plane crash on the 405 Freeway in Orange County.

Several people near the scene rushed to help, including an off-duty firefighter who's credited with pulling the victims out.

The pilot made a mayday call shortly after taking off from John Wayne Airport, telling the tower he lost his right engine.

Luckily, no one on the ground was hurt and just one pick-up truck had minor damage when it was clipped by the plane.