Suspicious package in Hollywood turned out to be papers, LAPD says 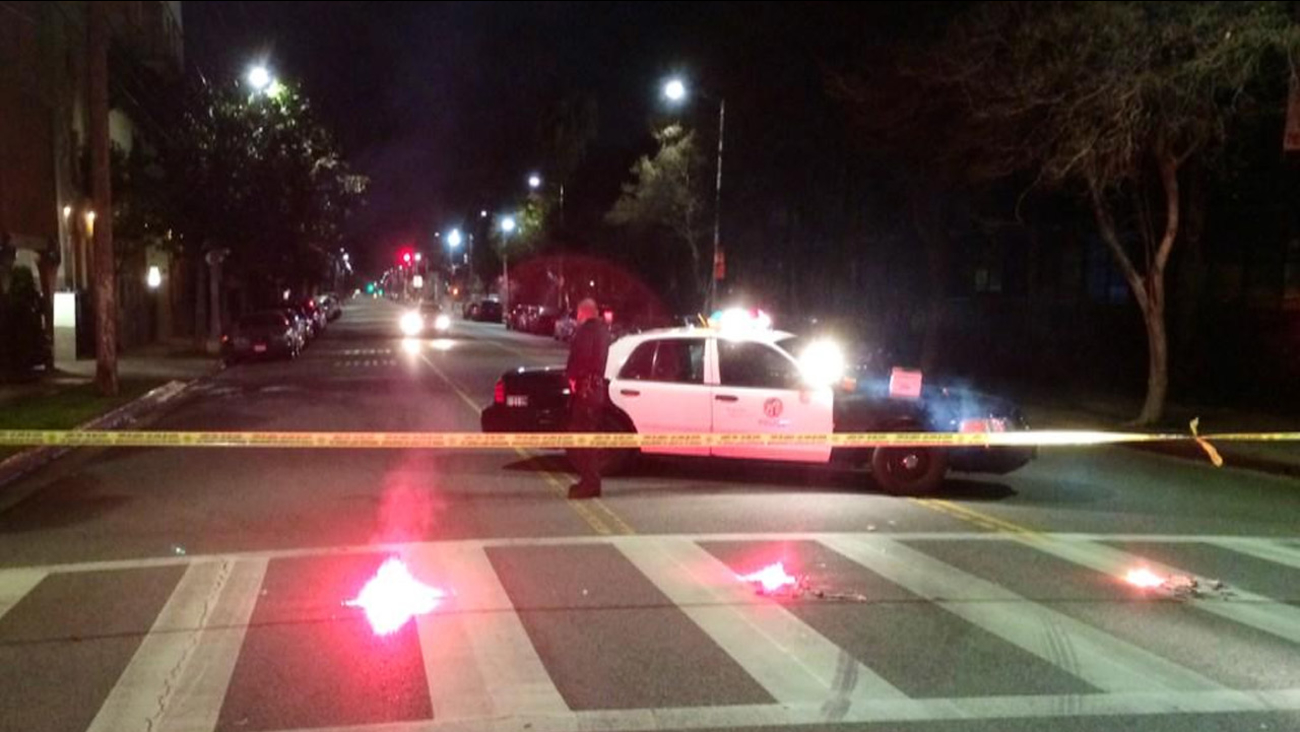 Police block off a street in Hollywood after a suspicious device was reported near Santa Monica Boulevard and Gower Street on Thursday, Jan. 8, 2015.

HOLLYWOOD, LOS ANGELES (KABC) -- A suspicious package that was reported on a Hollywood street early Thursday morning turned out to be papers, the LAPD said.

Police responded to Santa Monica Boulevard and Gower Street around 1:45 a.m. to investigate after someone called about the suspicious package, which was later rendered safe. No evacuations were ordered.

Santa Monica Boulevard was closed between Gower Street and El Centro Avenue during the investigation.