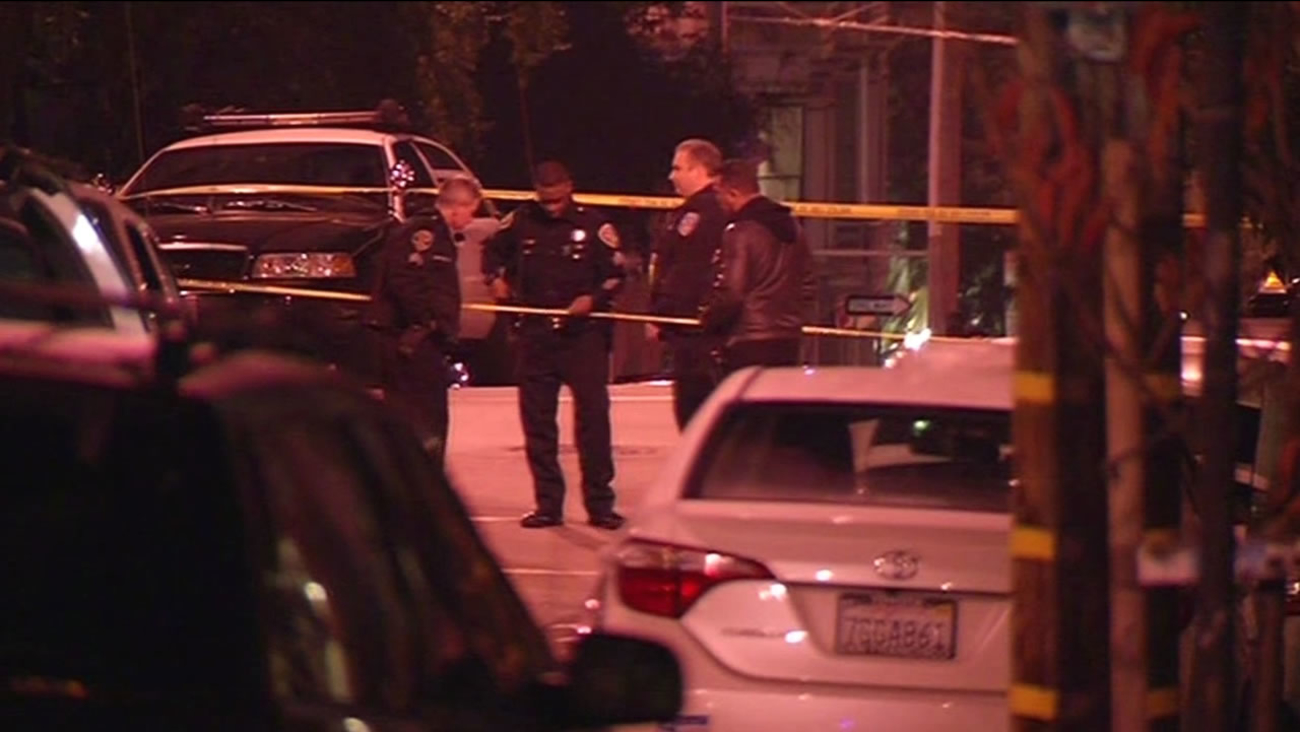 San Francisco police respond to the scene of a fatal shooting in the 200 block of Page Street in the Hayes Valley District Friday, Jan. 9, 2015.

Officers responded to a report of a shooting in the 200 block of Page Street around 10 p.m., San Francisco police Officer Albie Esparza said.

The four men were found shot and pronounced dead at the scene, Esparza said.

The victims were in a stolen car that was double parked on the street, according to Esparza.

A suspect description was not available Saturday morning.

Police are working to verify the make and model of a car that was seen speeding away from the shooting and if it is related to the homicide, Esparza said.

The investigation is ongoing. Anyone with information on the homicide is asked to call San Francisco police at (415) 575-4444.