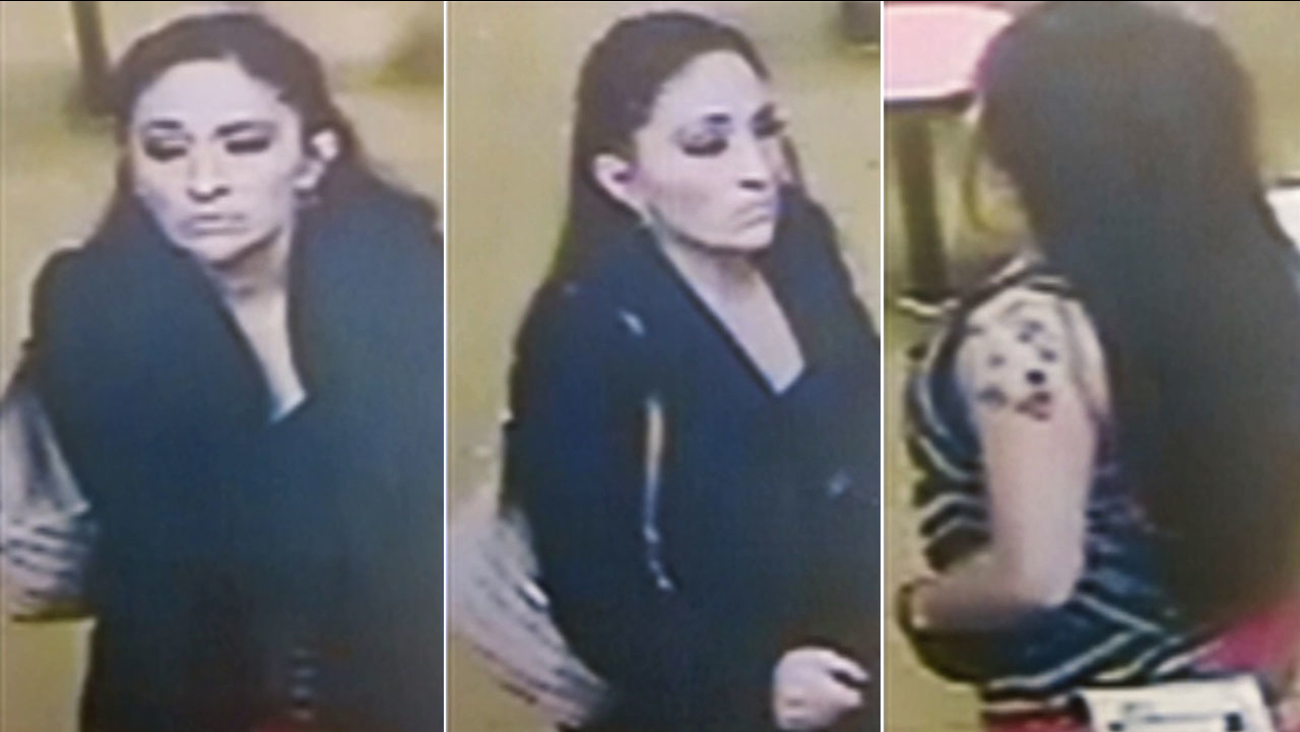 Los Angeles police are asking for the public's help to locate a woman who was possibly assaulted and abducted from a doughnut shop in Highland Park on Saturday, Dec. 20, 2014.

HIGHLAND PARK, Calif. (KABC) -- Los Angeles police are asking for the public's help to locate a woman who was possibly assaulted and abducted from a doughnut shop in Highland Park.

The victim was caught on surveillance video while inside Christy's Donuts in the 5600 block of York Boulevard around 5:45 a.m. on Dec. 20.

She was dropped off by a man driving a silver-colored SUV and was visibly distressed, according to the Los Angeles Police Department.

The woman bought a coffee and sat down for a few minutes before walking back outside. The SUV returned seconds later.

The woman ran back into the business, but the man driving the SUV got out, and chased her inside.

"We don't know if it was a boyfriend, a husband, a friend, we're not sure," said Detective Jeana Franco of the LAPD's Northeast Station. "(He) chased her inside and forcibly took her back out. They stayed outside of the SUV for a couple minutes before they jumped in and they both left."

The bizarre scene prompted the doughnut shop owner to call police. Detectives are now hoping the public can identify the victim so they can check on her well-being.

The woman was described as Hispanic, 20 to 30 years old, 5 feet 4 inches tall and about 130 pounds. She had long brown or black hair and a tattoo of what appeared to be an Hibiscus flower on her left shoulder.