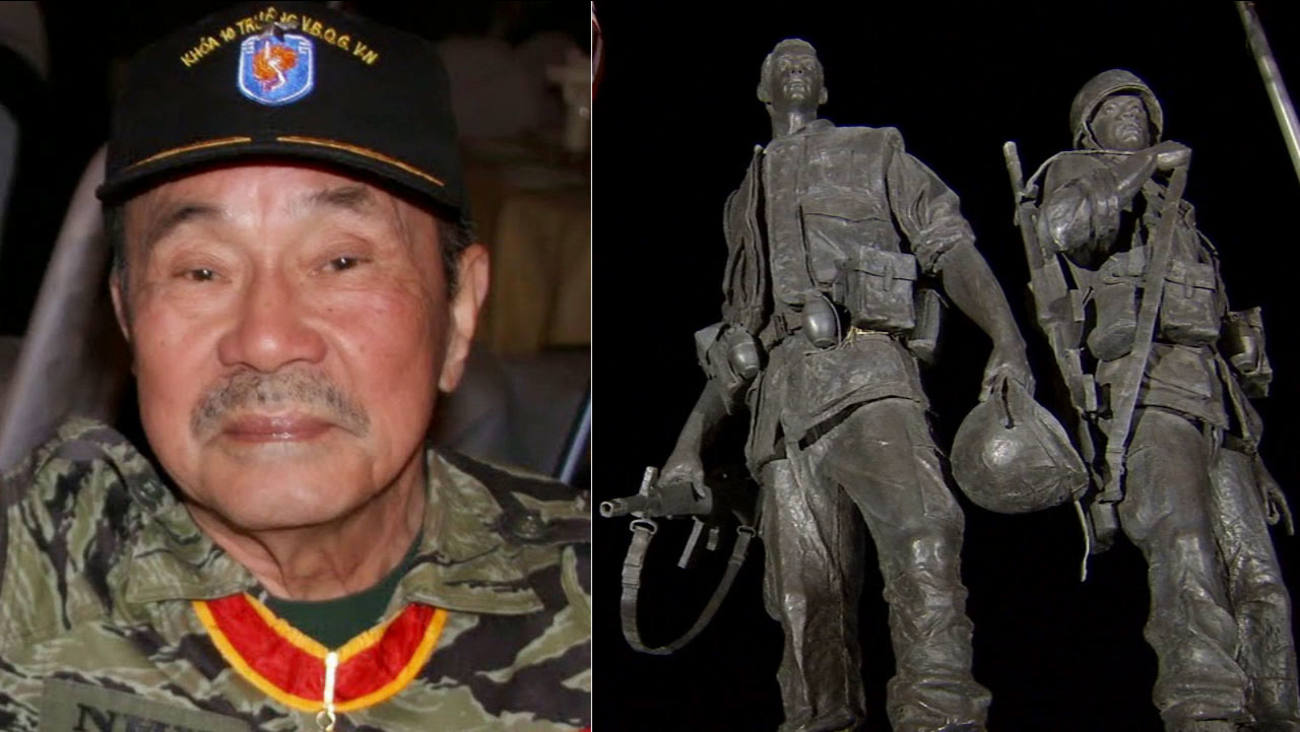 The local Vietnamese community is mourning the death of one of its most revered generals from the Vietnam War. Former South Vietnamese Army Gen. Nhut Van Tran died at age 79.

SANTA ANA, Calif. (KABC) -- The local Vietnamese community is mourning the death of one of its most revered generals from the Vietnam War.

He was awarded numerous medals by the U.S. military, including the Legion of Merit in 1998 for his role in defending the provincial capital of An Loc, under siege for 40 days during a major enemy offensive.

Tran came to the U.S. in 1975, and was instrumental in the creation of the Vietnam War Memorial in Westminster, featuring two soldiers, one Vietnamese, the other American.

"His whole life is about freedom for, you know, his countrymen, and he fought to preserve that freedom for the Vietnamese people," said Tran's son, Christopher.

On Tuesday, General Tran's former U.S. Marine comrades are also mourning his loss, including Maj. William Mimiaga. He notes that Tran received 60 decorations for his leadership and heroism.