FBI searching for 'Two Guys and A Girl Bandits' 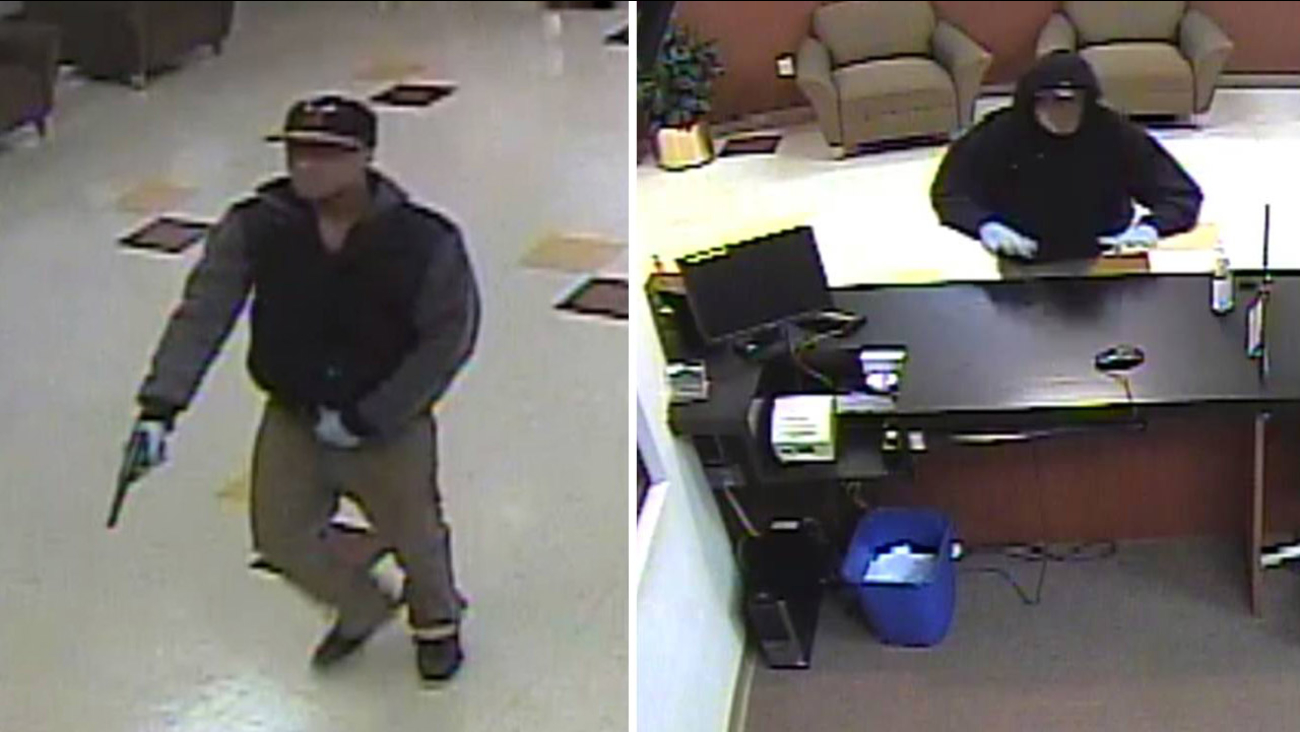 Two of the three suspects in a group nicknamed 'Two Guys and A Girl Bandits' are shown in bank surveillance video.

LOS ANGELES (KABC) -- The FBI, Los Angeles County Sheriff's detectives and Torrance police officers are looking for information on the identity of a group of bank robbers dubbed "Two Guys & A Girl Bandits."

The "Two Guys & A Girl Bandits" are suspected of robbing two banks in December of last year in Torrance and Rancho Palos Verdes.

The nickname for the group of suspects comes from witness accounts during one of the robberies that suggests two of the suspects are male and one is female. 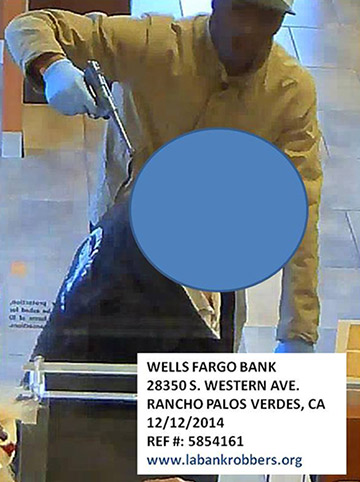 One of the three suspects in a group nicknamed "Two Guys and A Girl Bandits" shown in surveillance video from Dec. 12, 2014.

The first robbery happened on Dec. 12, at the Wells Fargo Bank, 28350 S. Western Ave., in Rancho Palos Verdes. During the robbery, three suspects entered the bank, ordered everyone down on the ground and demanded cash. The group fled the scene in a stolen white sedan.

The second robbery occurred on Dec. 30 at the CalCom Federal Credit Union, 20723 Hawthorne Blvd., in Torrance. The three suspects entered the bank, ordered everyone on the ground and demanded cash. One suspect fired a round into the ceiling and the group fled in a blue sedan.

According to witnesses, all three suspects were counting down in Roman Numerals while they ordered everyone in the bank to get down on the ground.

Authorities say both cars have since been recovered. The investigation is ongoing.

Anyone with additional information about the identity or whereabouts of the suspects is asked to contact the nearest FBI officer of dial 911.