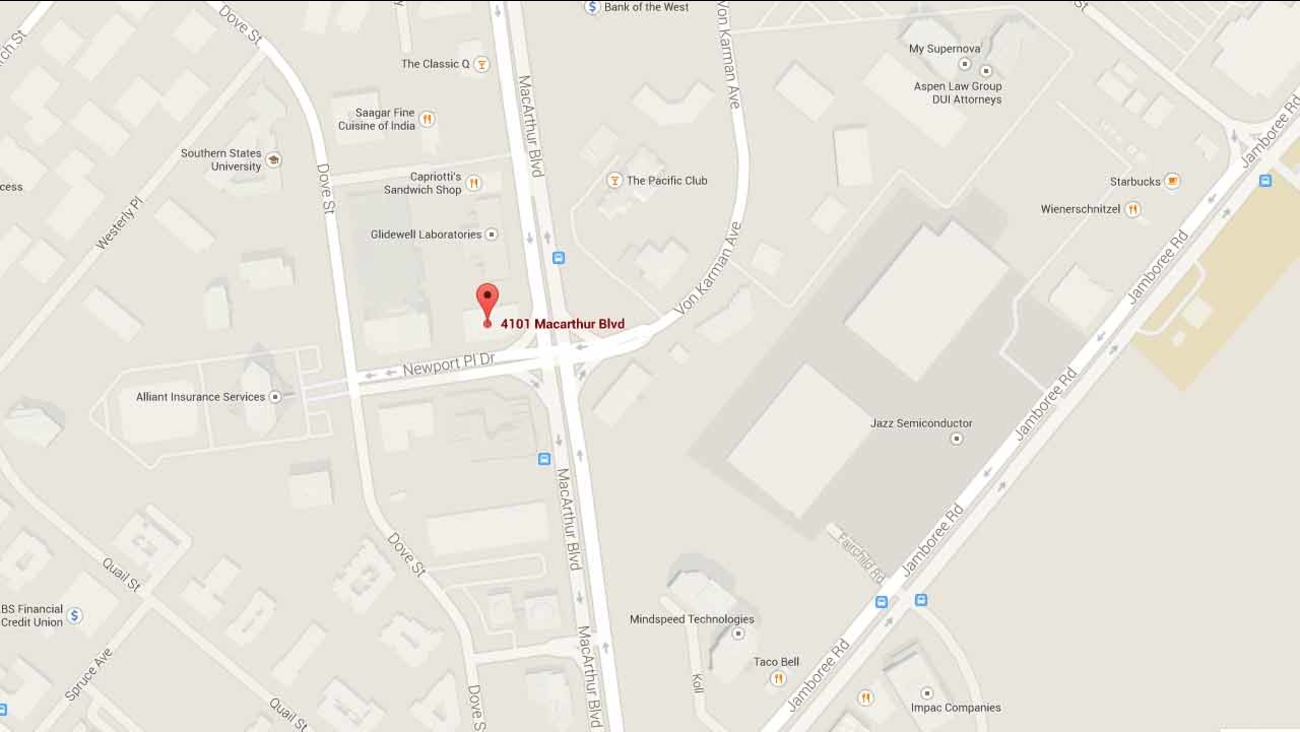 This Google Maps image shows the location of a bank robbery at 4101 MacArthur Blvd. in Newport Beach on Tuesday, Jan. 20, 2014. (Google Maps)

NEWPORT BEACH, Calif. (KABC) -- A 39-year-old Garden Grove man was arrested in connection to a robbery at a Newport Beach Bank of America.

Police received a call about an armed robbery at a branch located at 4101 MacArthur Blvd. at around 3 p.m. on Tuesday.

Bank workers said a male suspect entered the bank and approached a teller window, where he displayed what appeared to be a firearm and verbally demanded cash. After getting the cash, the suspect left the bank and fled in an unknown direction.

Newport Beach police quickly tracked down the suspect and after a short pursuit, Vu Hoan Le was taken into custody near the Euclid Street and Talbert Avenue intersection in Fountain Valley.

Investigators said the weapon Le showed the teller at the crime scene was an airsoft gun.

Detectives are also looking into Le's possible involvement in other bank robberies in the area.

If you have any information about this case, you're urged to contact the Newport Beach Police Department's tip hotline at (800) 550-NBPD.