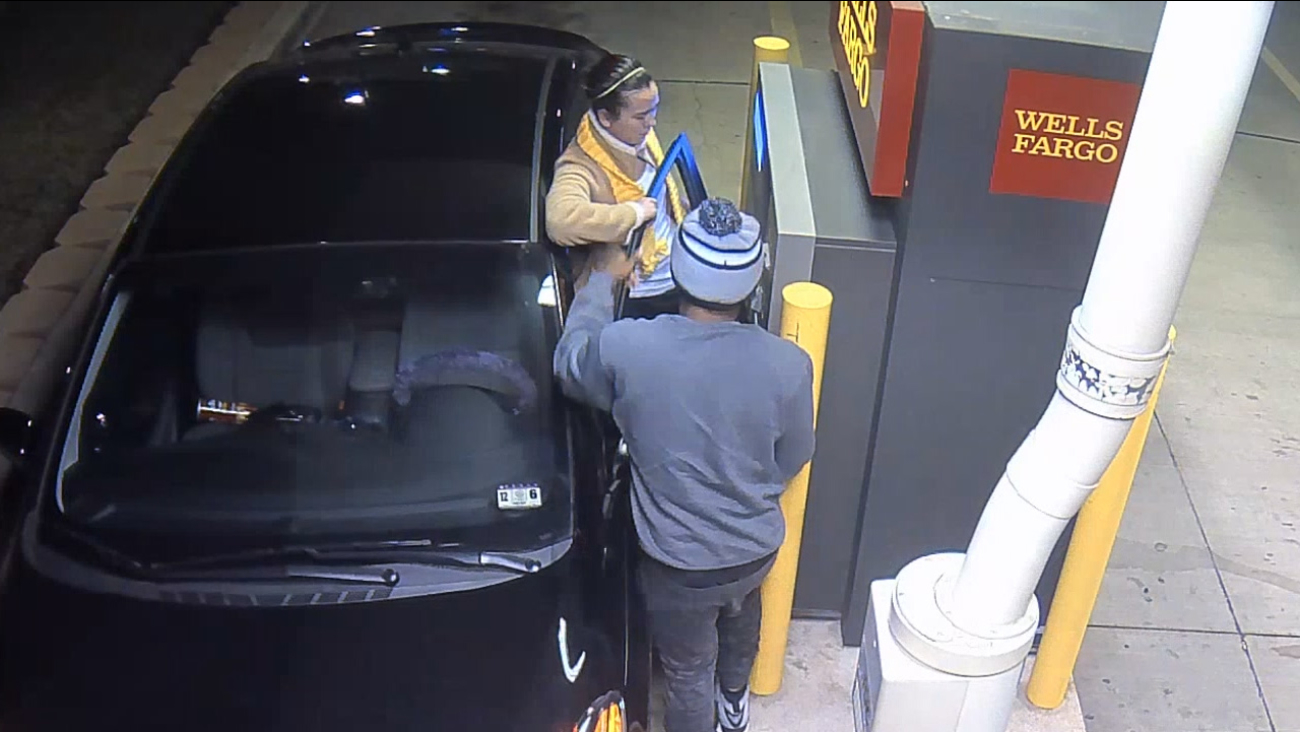 Surveillance video show a male suspect robbing and kidnapping a woman stopped at an ATM in Texas on Jan. 14, 2015.

ARLINGTON, Texas -- Texas police are searching for a man accused of robbing and kidnapping a woman last week.

Arlington police say the woman called 911 on Jan. 14 around 3:40 a.m., claiming she'd been kidnapped. The woman says the man approached her at her bank in the 2000 block of North Collins and that's where her ordeal began. She told police she endured a night in her own vehicle's trunk, being shuttled from bank to bank as the man forced her to take money out of her account at each location.

Surveillance video captured the suspect forcing her into the trunk.


Tap to view on the News app.

At some point during the day, the man stopped the vehicle and walked away, according to authorities. The woman took that opportunity to escape from the trunk and ran to a nearby convenience store in Euless, where she called for help.

Police say when she directed officers back to the location where she believed the vehicle had been, the car could not be found. Her vehicle was later located nearby in Arlington.

Police believe the suspect could have been involved in another early-morning ATM robbery on the same day. That heist happened in the 2000 block of North Collins around 2:40 a.m.

The suspect is described as a black man in his early 20s who is approximately 5 feet 6 inches tall with a short afro hairstyle wearing a grey hooded jacket or coat and jeans.

Anyone with information about this incident is asked to call Arlington Police Robbery Sergeant Jason Rash at 817-459-5628 or Crime Stoppers at 817-469-TIPS (8477). Tipsters have the option to remain anonymous using Crime Stoppers and can be eligible for a reward up to $1,000.