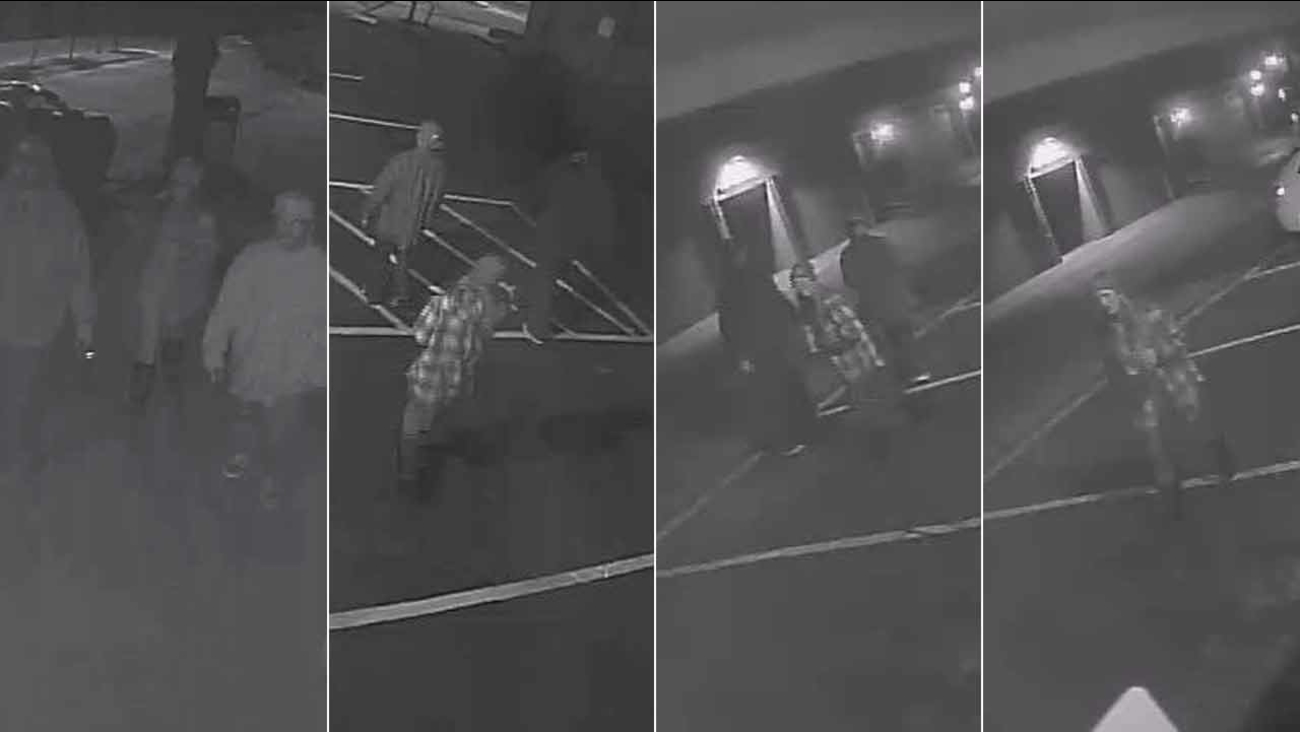 Surveillance images show three witnesses police are searching for in the case of a homeless man who was set on fire in Ventura on Saturday, Jan. 17, 2015. (KABC)

VENTURA, Calif. (KABC) -- Investigators are asking for the public's help to find three people who may have witnessed a homeless man being set on fire in Ventura.

On Jan. 17 around 11 p.m., police received a call from a male witness saying he found a man on fire at the end of Seaward Avenue. The caller told police that he extinguished the flames with sand.

Investigators are looking for two men and a woman seen in surveillance footage who may be able to help them with information. Police said these individuals are not suspects. They just want to talk to them because they were walking in the area during the time of the incident. 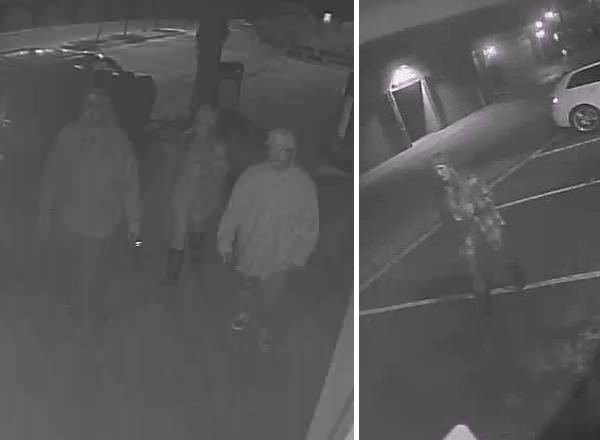 Ventura police are looking for these three people - two men and one women - who may have witnessed a homeless man being set on fire in Ventura on Jan. 17, 2015.

Investigators said the victim, identified as 58-year-old John Frazier, was sleeping in his sleeping bag on the sandy side of the retaining wall near the beach. Officials said Frazier awoke to find three males pouring lighter fluid on him and then lighting him on fire.

The suspects were described as three white males in their late teens or early 20s with shaved heads dressed in dark clothing.

The caller who dialed 911 told police that when he found Frazier, the flames were about 5 to 6 feet high and that his entire upper torso was on fire.

Frazier was transported to an area hospital with second and third degree burns to his upper torso and face. Authorities said Frazier had burns over 40 percent of his body. 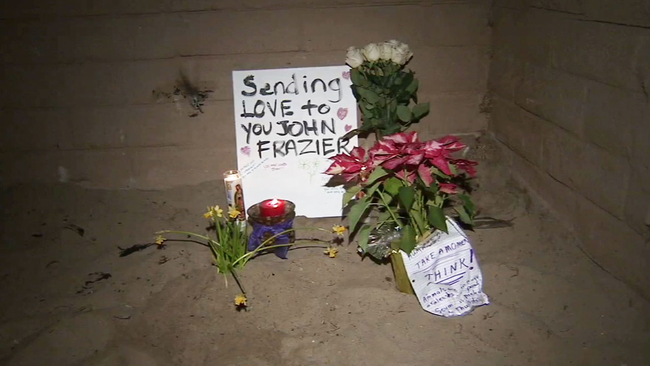