5 critical after driver runs red light, crashes into another car at Vernon intersection 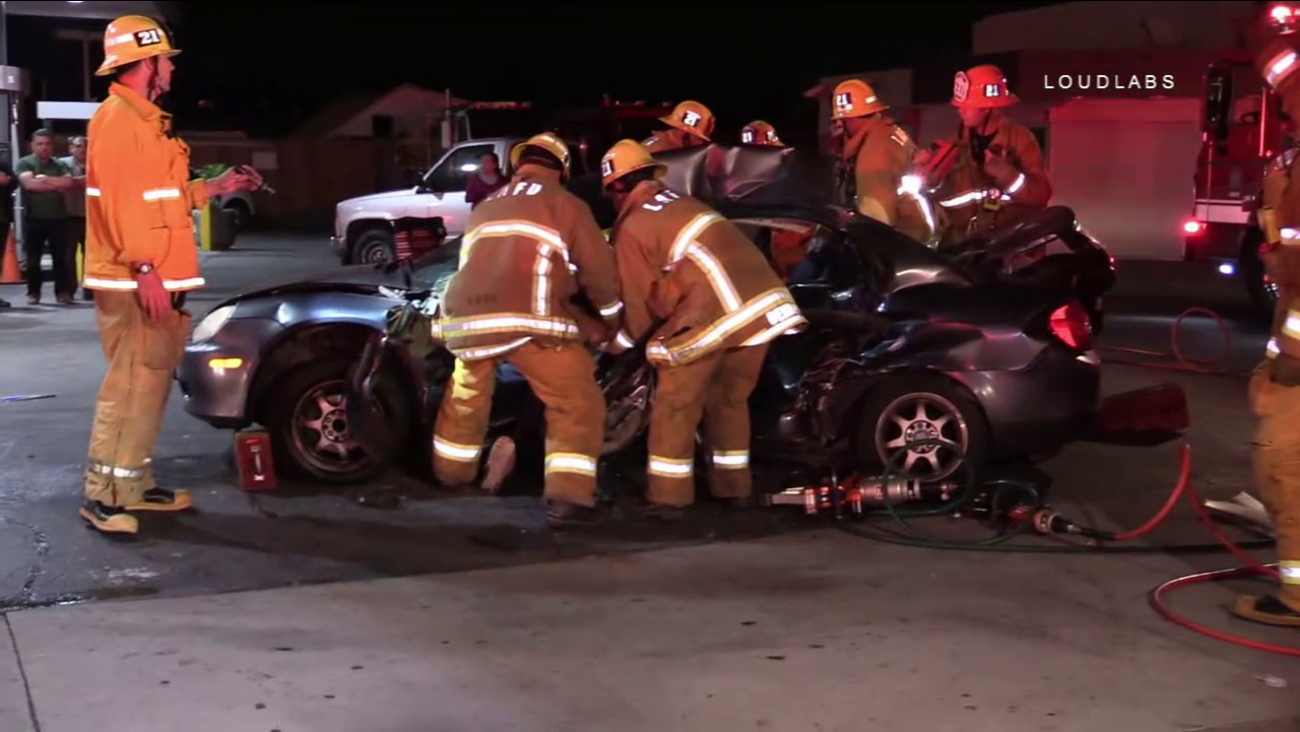 Firefighters worked to extricate the occupants of a wrecked sedan after a crash in Vernon on Thursday, April 4, 2017. (Loudlabs)

VERNON, Calif. (KABC) -- Six people were hospitalized, five of them in critical condition, after a violent two-car crash Thursday morning at an intersection in Vernon, authorities said.

The collision happened about 1 a.m. when one vehicle ran a red light at Vernon Avenue and Alameda Street and broadsided the other car, said a spokesperson for the Los Angeles Police Department's Central Traffic Division.

Five people were in the first vehicle, which was traveling westbound on Vernon, the LAPD said. The second car, headed northbound on Alameda, was occupied only by the driver.

Using the Jaws of Life, firefighters removed the roof of one car as they extracted its five occupants.

The Los Angeles Fire Department initially said a 16-year-old girl was in grave condition after the crash. The Vernon Police Department later said five of the six hospitalized patients were in critical condition.

The LAPD said neither drugs nor alcohol were a factor in the incident.