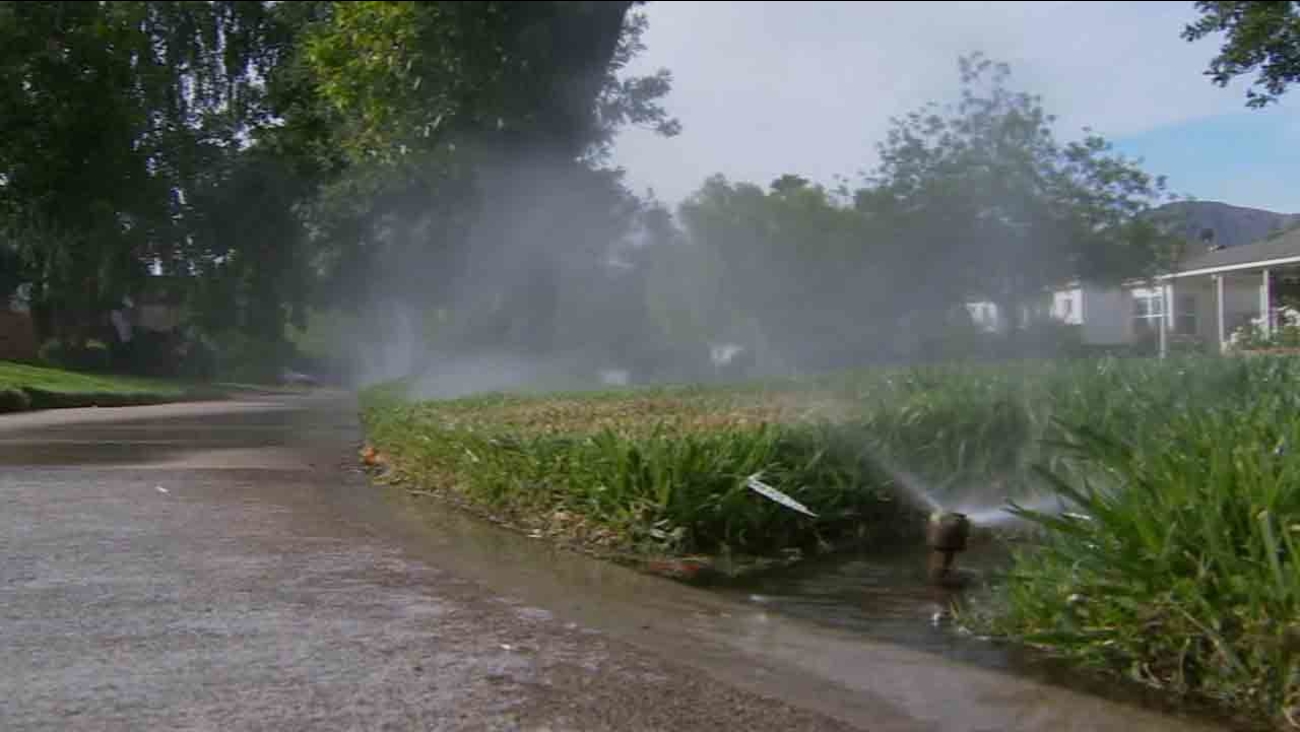 California residents have reduced consumption since July 2014, when the state authorized cities to fine people $500-a-day for violating restrictions on lawn watering.

California is by no means out of trouble, despite a survey released Tuesday that showed an unusually rainy month helped residents cut water use by 22 percent statewide from December 2013 levels.

The Sierra Nevada snowpack that supplies a third of California's water is 75 percent below its historical average. And for the first time in recorded history, there was no measurable rainfall in downtown San Francisco in January, when winter rains usually come.

Residents have reduced consumption since July, when the state authorized cities to fine people $500-a-day for violating restrictions on lawn watering and washing cars.

Other ideas now being considered by the state water board include mandatory reviews of city water systems for leaks and penalizing agencies that haven't discouraged water-wasting by their customers.

The governor called on Californians to use 20 percent less water last year when he declared a drought emergency. The closest they previously came to reaching that goal was in August, when water use dropped 11.6 percent.

In San Diego, a city of 1.3 million people that registered a 24 percent reduction in December, Adrian Campos said he and his wife yanked out their front and back lawns and replaced them with drought-tolerant plants. Others in the neighborhood also landscape with succulents, cactus and rocks.

"I don't know if the city should be credited with getting the word out," said Campos, 45. "I think San Diegans are very conscious of what is going on with the drought. Our neighbors and ourselves, we got rid of our lawns after seeing on the news that there was such a water shortage."

December 2013 was unusually dry, and California was deluged by a particularly heavy storm in December 2014. The board said that points to the potential for permanent savings if more people replace lawns with drought-resistant landscapes that don't need sprinklers.

"It reinforces what we thought all along, that the extent of outdoor water use is a huge driver of water conservation and water use," Board Chairwoman Felicia Marcus said.

A state drought-busting campaign declaring "Brown is the New Green" encourages people to let their lawns die. But outdoor watering makes up just a tenth of California's water use; three-quarters of it goes to agriculture, and yet state officials haven't campaigned against water-intensive almond orchards and rice fields the same way.

"Homeowners should do their part, but the focus has been way too much on residents," said Maria Gutzeit, a member of a water district board in the Santa Clarita area. "You ask anyone here how they are going to sell a house with dead grass and dead bushes, and you'll bankrupt people for something that doesn't even significantly help the statewide water portfolio."

Other critics say the state should push even harder to reduce residential consumption, adopting the kinds of tougher measures already imposed in communities that save the most water, such as tiered pricing to make heavy users pay more, and even rationing of the water people use indoors.

Despite the ongoing drought, now entering its fourth year, the latest data show the message is resonating. Per-capita water use has been cut in half in the last six months, with Californians using an average of 67 gallons a day per person in December, compared with 140 gallons per person in June.

"California is doing its part to save our water, but the drought is far from over," Brown said in a statement Tuesday, declining through a spokesman to comment in more detail. "Careful stewardship and conservation must be our way of life."

Water board officials lauded large water providers such as San Diego that managed to meet the target.

"San Diego has really stepped up. They were the largest" among agencies that achieved the goal, water board staffer Eric Oppenheimer told the meeting.

San Francisco ranked near the lowest usage rates among California cities in December, at 40 gallons per person per day.

More than 400 local water departments must report their residential per-capita water monthly water use to the board, which it uses to encourage conservation and shame guzzlers.