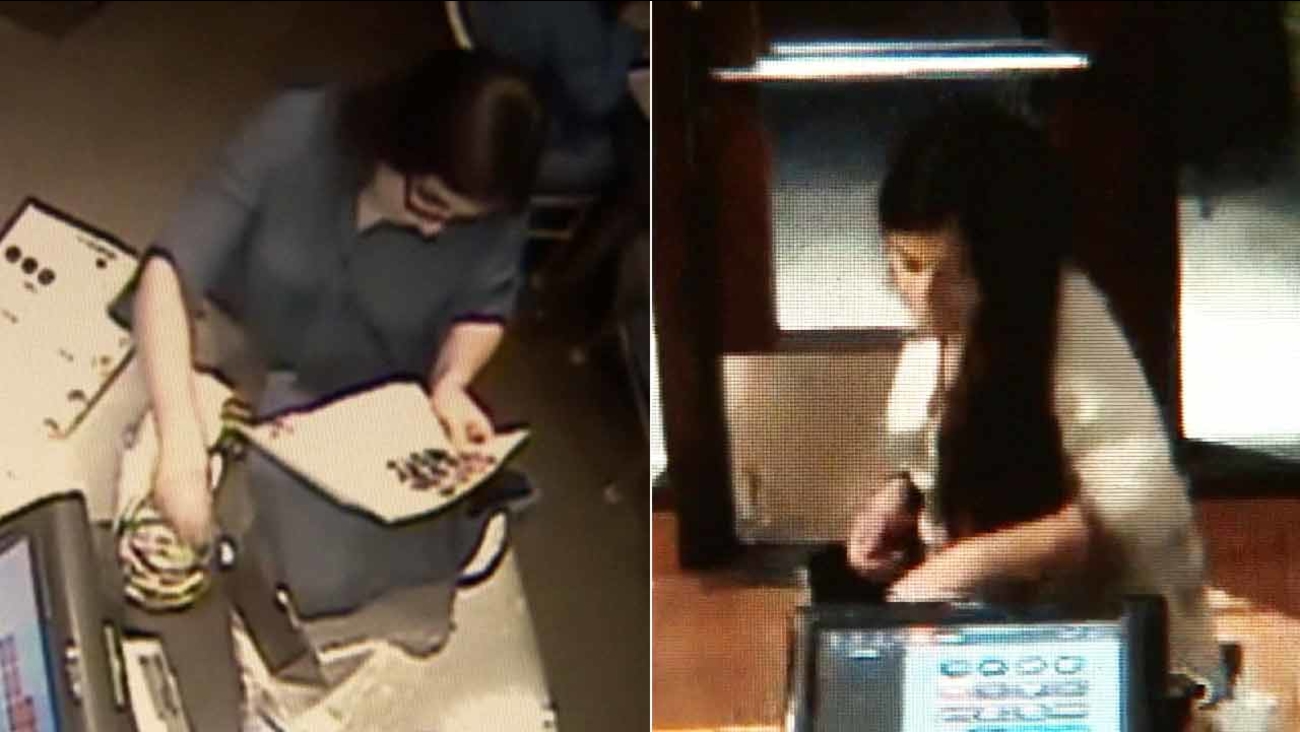 BEVERLY HILLS, Calif. (KABC) -- A woman believed to be responsible for stealing from tip jars from multiple local businesses was arrested by Beverly Hills police.

Several of the recent alleged thefts were captured on surveillance video. Footage was sent to us last month by one of our ABC7 Eyewitnesses.

Jessica Shub, 20, was arrested Thursday at Brighton Way and Rodeo Drive in Beverly Hills for allegedly stealing money from a jar on the counter of Brighton Cafe.

Police said a customer caught her in the act and followed her out of the store before alerting authorities.

Investigators believe she carried out two similar tip jar burglaries in Beverly Hills and three others in Los Angeles.

Shub was arrested on suspicion of commercial burglary.