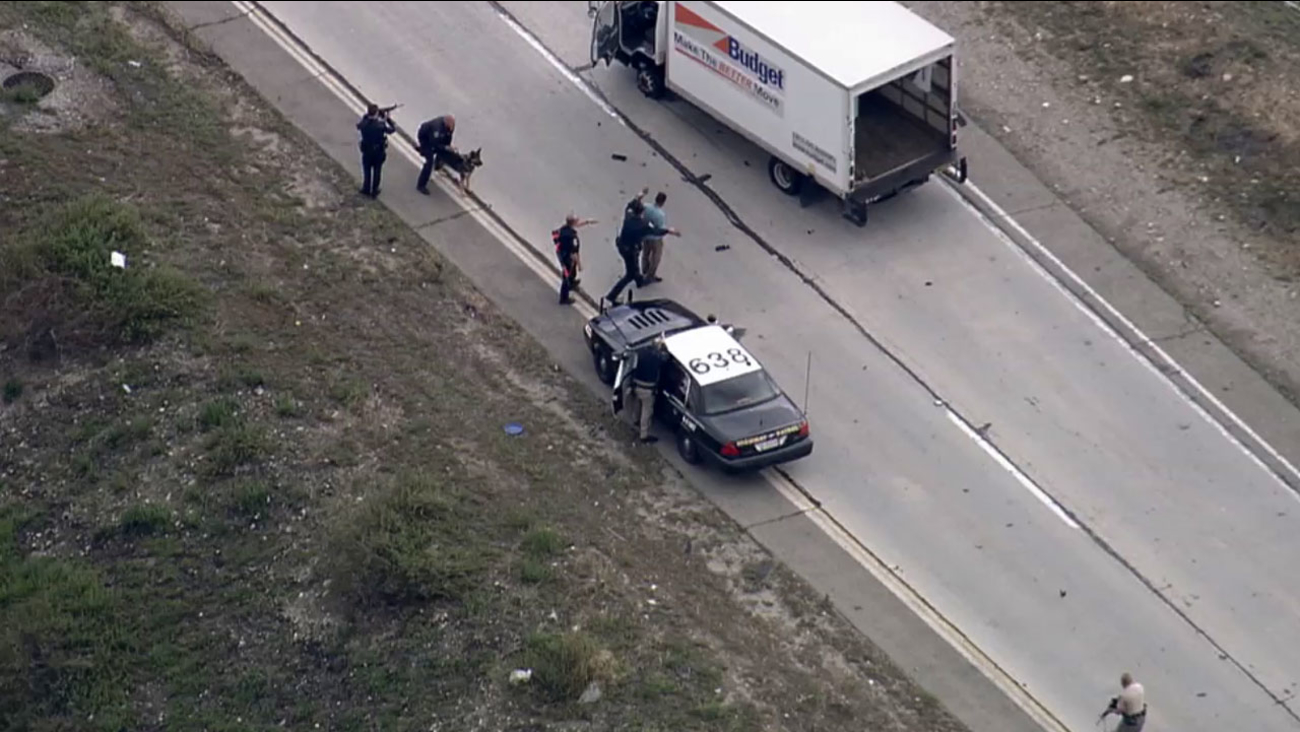 A car thief was taken into custody on the transition road to the northbound 15 Freeway in Etiwanda after CHP officers deployed spike stripes Monday, March 2, 2015.

RANCHO CUCAMONGA, Calif. (KABC) -- A car thief was taken into custody after leading police and California Highway Patrol officers on a pursuit from the Sun Valley area to San Bernardino County in a stolen Budget rental truck.

The truck was stolen at Sheldon Street and San Fernando Road at about 1 p.m., Los Angeles police Officer Nuria Vanegas said. The victim had left the keys in the vehicle.

A chase then ensued. The suspect, who has not been identified, led officers onto various freeways, including the eastbound 134 Freeway and the eastbound 210 Freeway.

A washer machine could be seen in the back of the truck, which had its roll-up door open.

CHP officers took over the pursuit near Rosemead Boulevard in the unincorporated Pasadena area.

The suspect then led officers to San Bernardino County. CHP officers successfully deployed a spike stripe near Day Creek Boulevard in Rancho Cucamonga, and the tires on the stolen truck quickly flattened.

The driver came to a stop on a transition road to the northbound 15 Freeway in Etiwanda.

As officers approached the vehicle with a K9, the male suspect opened the door of the truck and surrendered without incident.