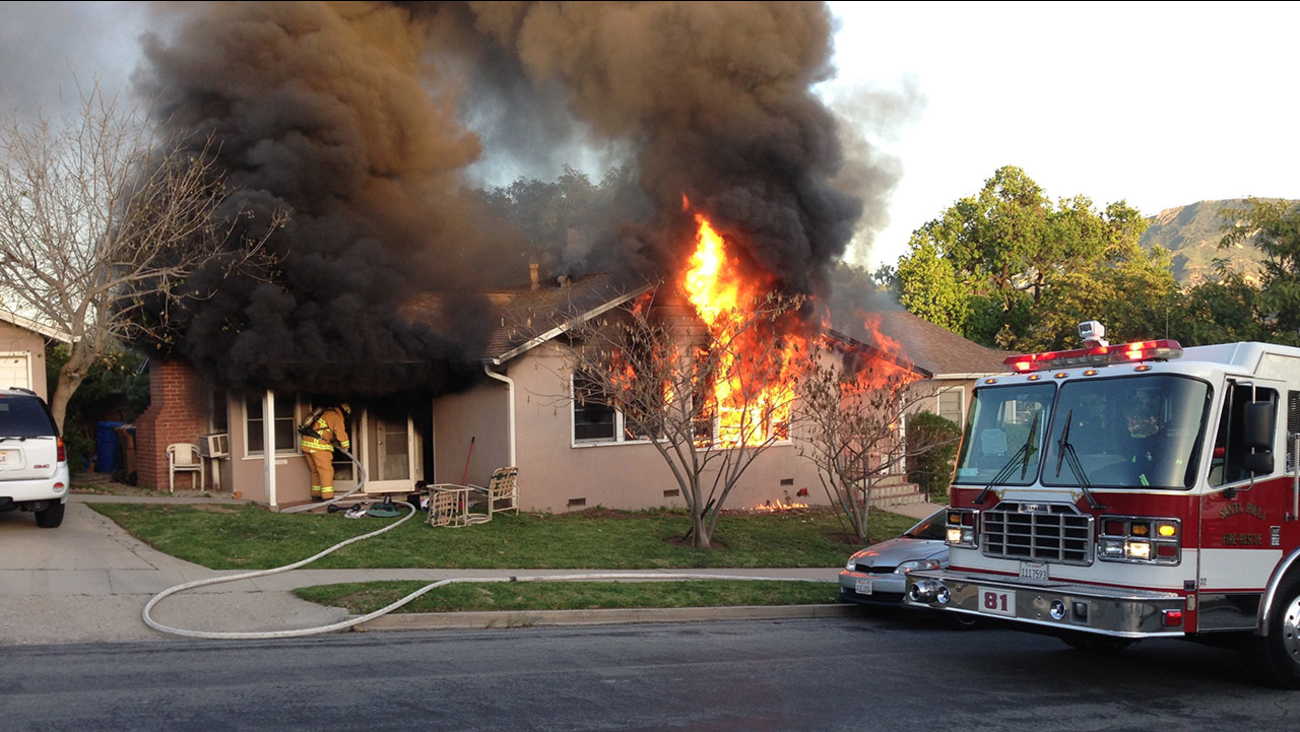 Santa Paula firefighters work on a putting out the flames at a duplex apartment on Saturday, March 7, 2015. (Santa Paula Fire Department)

SANTA PAULA, Calif. (KABC) -- A 45-year-old woman was killed when she became trapped in her Santa Paula apartment during a fire on Saturday.

The flames were reported at about 5:22 p.m. at an apartment duplex in the 500 block of North Mill Street. Firefighters knocked down the blaze about 15 minutes later.

Santa Paula firefighters work on a putting out the flames at a duplex apartment on Saturday, March 7, 2015.

The woman, identified as Shana Kolek, was found inside and pulled from the fiery home. She was pronounced dead at the scene. It was unclear if she lived alone.

No other injuries were reported. Five residents of the apartment duplex next door were displaced.

Smoke detectors were working during the time of the fire. The cause of the fire was under investigation.