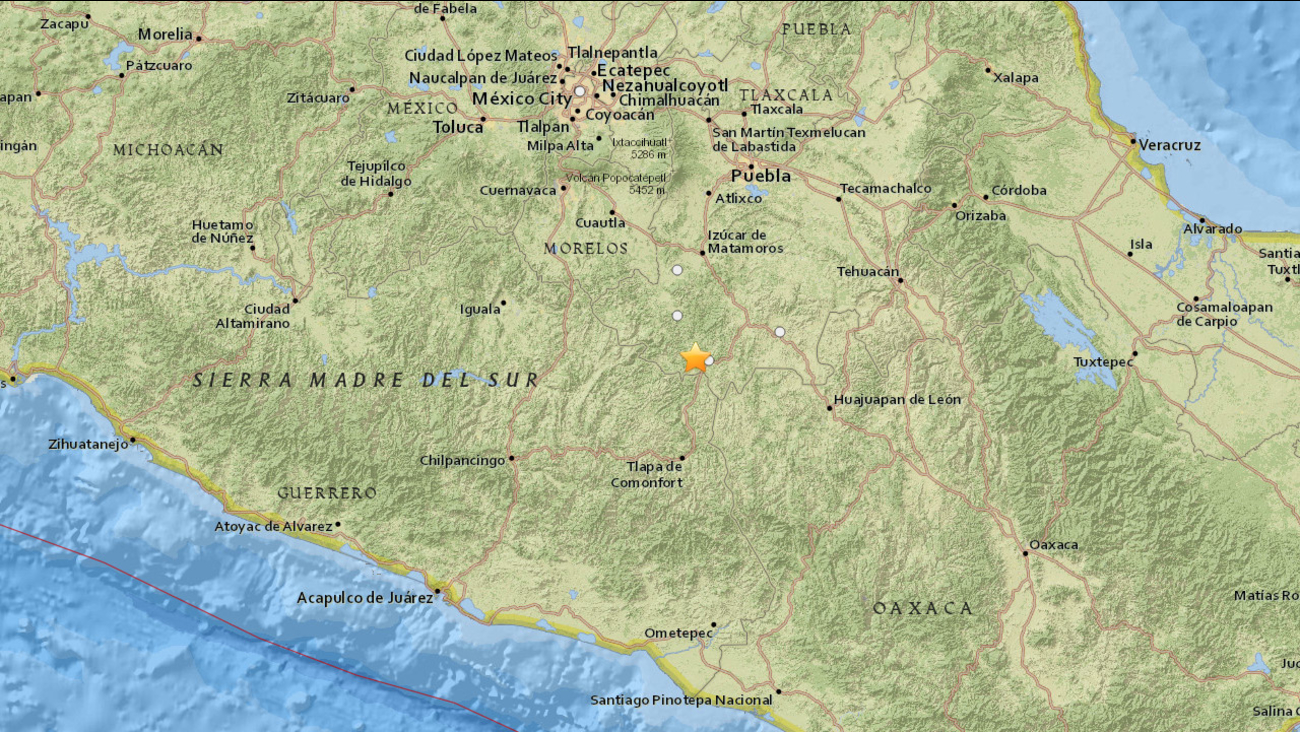 MEXICO CITY -- A moderate 5.3-magnitude earthquake shook central Mexico on Friday, causing buildings to sway in the capital and sending hundreds of people into the streets. There was no immediate word of damage or casualties.

The U.S. Geological Survey said the quake hit at 4:30 p.m. local time in the state of Puebla near Tulcingo del Valle, a town in a sparsely populated area about 100 miles (163 kilometers) southeast of Mexico City. It had a depth of 31 miles (52 kilometers).

The Puebla state press office said there were no immediate reports of injuries or damages, but inspection patrols were being sent out.

Mexico City Mayor Miguel Angel Mancera said many evacuations were reported in the capital but officials had received no reports of damage or injuries.

The city is vulnerable to distant earthquakes because much of it sits atop the muddy sediments of drained lake beds. They jiggle like jelly when quake waves hit.

A magnitude-8.1 quake that killed at least 6,000 people and destroyed many buildings in Mexico City was centered 250 miles (400 kilometers) away on the Pacific Coast.