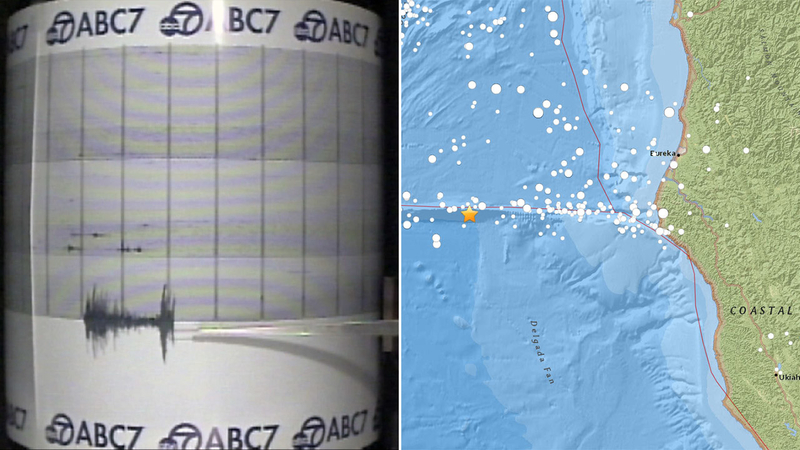 EUREKA, Calif. (KABC) -- An earthquake with a magnitude of 6.5 struck about 100 miles off the coast of Northern California Thursday morning, according to the U.S. Geological Survey.

It hit about 110 miles off the coast of Eureka, which is 250 miles north of San Francisco.


USGS initially registered the earthquake as magnitude-6.9, but downgraded it about 15 minutes later.

The Pacific Tsunami Warning Center said there was no tsunami threat. There were also no immediate reports of damage or injuries.

A hotel front desk worker at the Gingerbread Mansion Inn in Ferndale, a city in Humboldt County, said the temblor was "definitely felt" for about 15-20 seconds, but there was no damage.