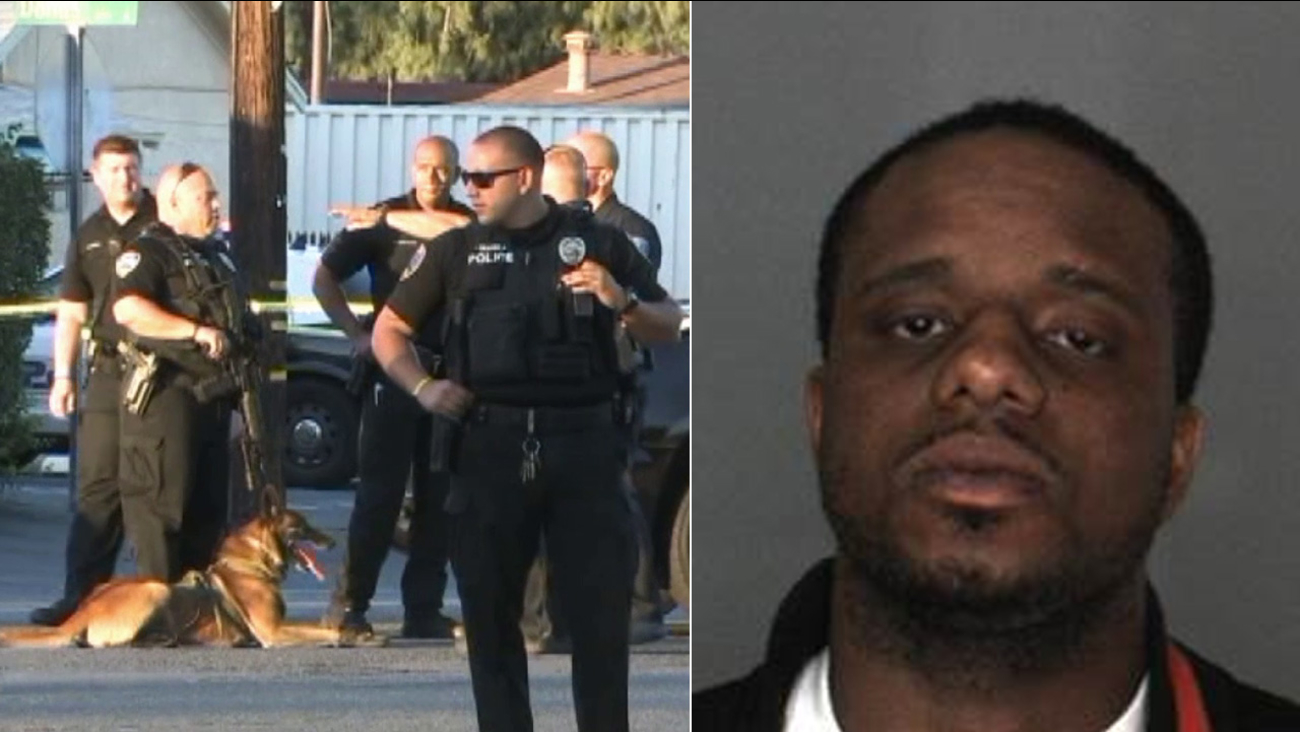 SAN BERNARDINO, Calif. (KABC) -- An armed suspect was hospitalized in stable condition after being shot by police in San Bernardino Saturday night.

Police received a call about a man with a gun near Foothill Boulevard and Meridian Avenue at about 6:06 p.m. and found three suspects who then ran eastbound through an alley.

Arthur Felder, 28, was shot by officers three times in the shoulder, buttocks and foot. The suspect was transported to Arrowhead Regional Medical Center where he was treated and released.

A fully-loaded Desert Eagle .40 caliber handgun was found at the scene. The handgun had been stolen from Phoenix.

The two additional suspects fled the scene. No officers were injured.