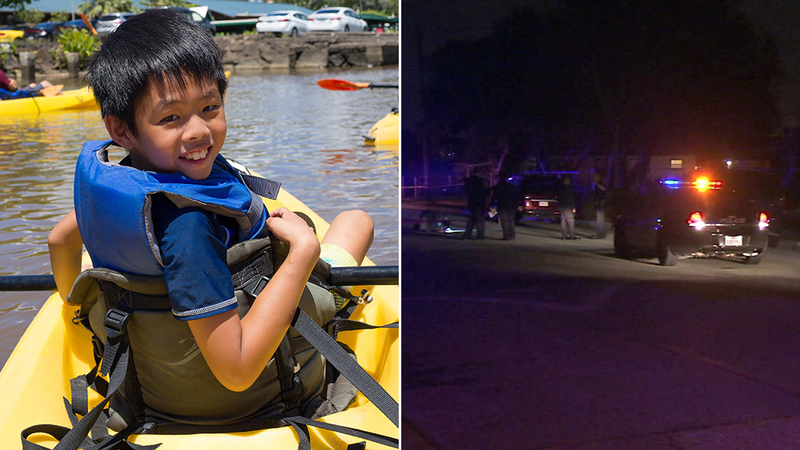 POMONA, Calif. (KABC) -- Pomona police are asking for the public's help to find the suspects involved in a drive-by shooting that left an 8-year-old boy dead.

The child was identified Tuesday as Jonah Min Hwang, of Pomona. Jonah's family said the boy had been adopted from an orphanage in Taiwan less than three years ago.

During an early morning press conference, authorities said they had little information on the suspects and the vehicle that drove by the home in the 1100 block of W. 11th Street and opened fire.

"I can tell you that as a parent, as a longtime police officer in this community, this is right up there with some of the more senseless acts of violence that we see as police officers," Lt. Eddie Vazquez said.

Around 6:36 p.m. Monday, the little boy and his family were sitting down to dinner with the homeowners when the shooting occurred, according to police.

Authorities said the child was rushed to the hospital, where he was pronounced dead. It was unclear how many times he was shot.

"The devastation that we feel from this loss is unfathomable," the Hwang family said in part of a written statement. "Jonah was a light and joy in our household and we cannot imagine our family without him."

Neighbors and police said the homeowners Jonah's family were visiting had never caused any trouble in the community. Police also said the home had been shot at several weeks ago, but no one was inside the residence at the time.

Anyone with more information about the shooting was urged to call the Pomona Police Department at (909) 620-2085. Those wishing to remain anonymous may call Crime Stoppers at (800) 222-8477.

A GoFundMe page has been set up to help Jonah's family with funeral expenses. If you'd like to learn how to donate, click here.
Related topics:
pomonalos angeles countysearchhomicide investigationshootingchild killedchild shotdrive by shooting
Copyright © 2021 KABC-TV. All Rights Reserved.
RELATED 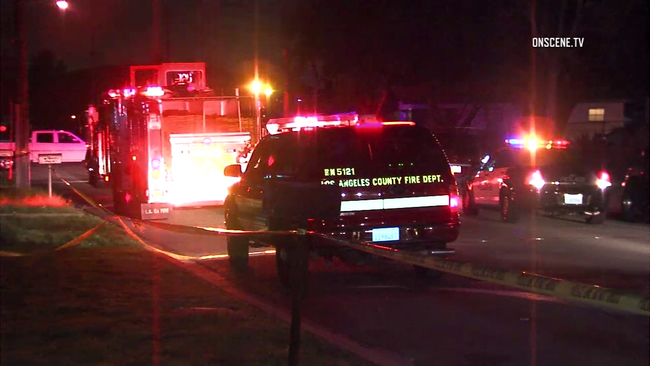