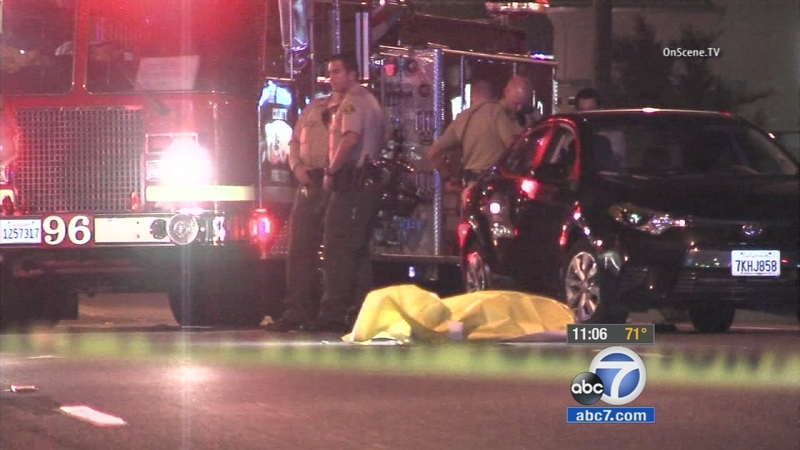 WHITTIER, Calif. (KABC) -- An elderly woman was struck and killed by a hit-and-run driver as she tried to cross a Whittier street Monday night.

The crash happened at about 7:24 p.m. on Telegraph Road near Gunn Avenue.

The 83-year-old woman had just dropped off her 10-year-old granddaughter at a Zumba class and was crossing the street when she was struck and killed by the hit-and-run driver, according to the California Highway Patrol.

"It appears that she was crossing mid-block, outside of a crosswalk," said CHP Capt. David Moeller. "I have no idea if the driver saw. We do know the driver would have known after he struck her, and he didn't stop."

The vehicle was described as a Honda or Nissan sedan, possibly maroon or red in color. Authorities believe it sustained significant front-end damage.