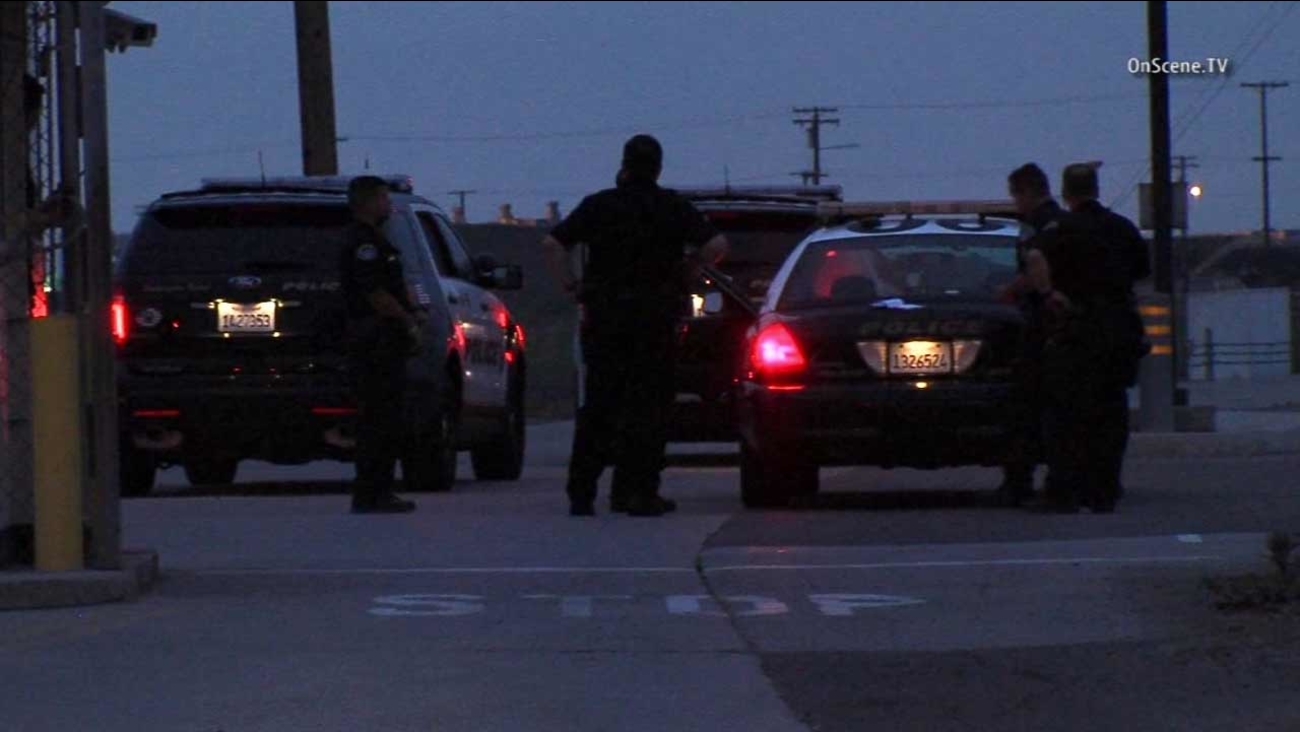 Authorities respond to the Seal Beach Naval Weapons Station during a search for two alleged robbery suspects on Sunday, Aug. 9, 2015.

Huntington Beach police responded to a report of a burglary at an AT&T store at 4:53 a.m.

Minutes later, they spotted a suspicious vehicle driving northbound on Goldenwest Street and attempted to make a stop, but the suspects failed to yield to police and a short pursuit ensued.

The suspects then crashed on the southbound 405 Freeway near the 22 Freeway and attempted to flee on foot, California Highway Patrol officials said.