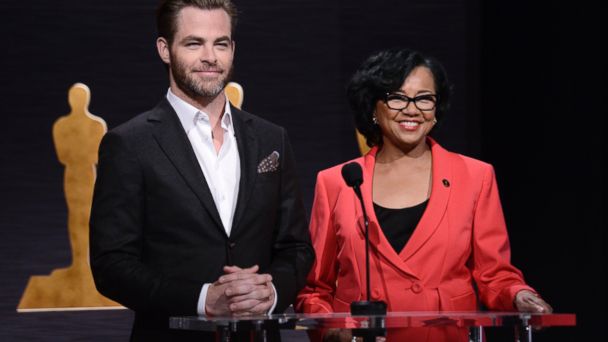 The head of the Academy of Motion Picture Arts and Sciences said she was "heartbroken" by the lack of diversity in this year's Oscar nominations and said she would conduct a review of membership recruitment in the coming days and weeks.

"I am both heartbroken and frustrated about the lack of inclusion," Academy President Cheryl Boone Isaacs said in a statement Monday night. "This is a difficult but important conversation, and it's time for big changes."

The Academy Awards have drawn fire in the past two years for not including minorities in the top award categories. Director Spike Lee and actress Jada Pinkett Smith said they would boycott the Oscars in protests.

"Begging for acknowledgement or even asking [to be nominated] diminishes dignity," Pinkett Smith said in a video statement earlier. "It diminishes power and we are a dignified people and we are powerful. And let's not forget it. So let's let the Academy do them with all grace and love and let's do us differently."

Boone Isaacs said that the Academy plans to review membership recruitment "in order to bring about much-needed diversity in our 2016 class and beyond," the statement said, despite attempting to diversify membership over the past four years.

"The change is not coming as fast as we would like," she said. "We need to do more, and better and more quickly."

The head of the Academy said that recruiting younger members was part of its mission in the '60s and '70s and now that mission has turned to diversity.

"In 2016, the mandate is inclusion in all of its facets: gender, race, ethnicity and sexual orientation," the statement said. "We recognize the very real concerns of our community, and I so appreciate all of you who have reached out to me in our effort to move forward together."