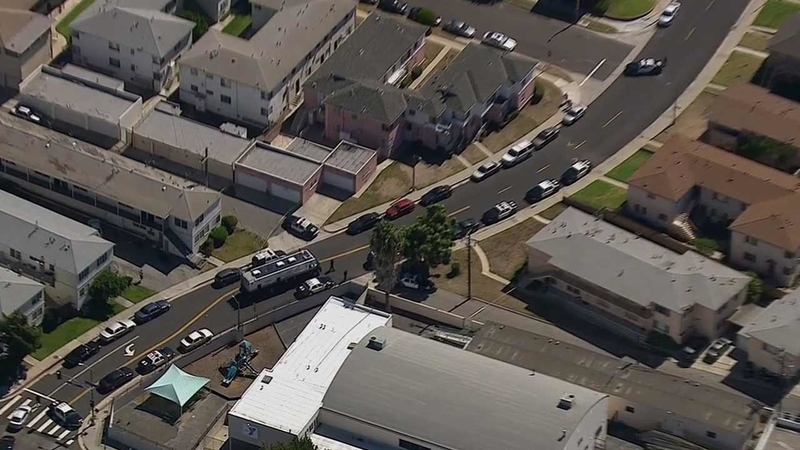 CRENSHAW DISTRICT, LOS ANGELES (KABC) -- A female suspect allegedly armed with a knife was shot by Los Angeles police responding to a strong-arm robbery call at a pharmacy in the Crenshaw District Wednesday afternoon.

Officers were dispatched to the Stocker RX Pharmacy in the 3700 block of Santa Rosalia Drive at about 1:40 p.m. Upon their arrival, officers interviewed the uninjured robbery victim. The victim provided police with a description of the suspect.

While in the area about an hour later, officers came in contact with the armed woman in an alley near Marlton Avenue and Santo Tomas Drive.

"There was a female armed with a knife demanding money," according to Officer Jane Kim of Los Angeles Police Department's media relations office. "[The officers] were able to make contact with the suspect, during which time the OIS occurred."