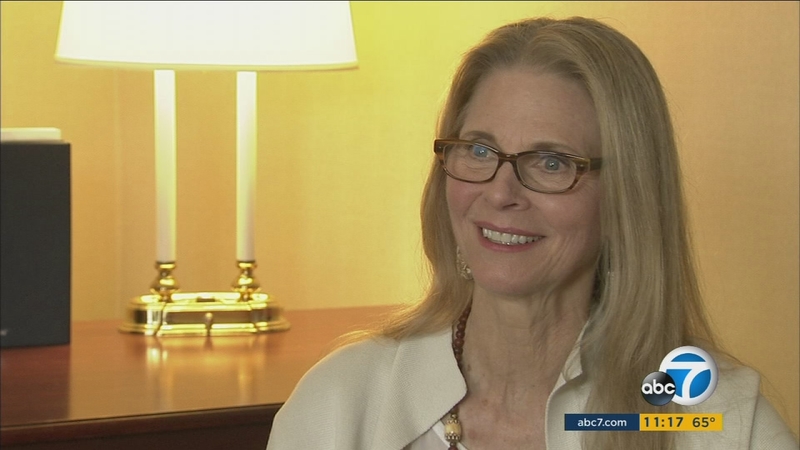 LOS ANGELES (KABC) -- Eyewitness News began an investigation more than a year ago into the Genesis II Church of Health and Healing, which sells a medicine touted as a "miracle cure" for anything from HIV to cancer.

While many, including the FDA, are calling MMS poison, Eyewitness News spoke with one woman who said it works.

As the "Bionic Woman," Lindsay Wagner found herself in some difficult situations and was able to pull off superhuman feats. Joined at times by the "Six Million Dollar Man," Wagner's character saved lives and saved the day, once even battling Bigfoot.

But none of that 70s TV magic prepared Wagner for an ailment she would suffer in real life - a case of chronic Urticaria, which is severe, disabling hives.

Steroids and antihistamines helped, but they had side effects and weren't a permanent solution. So after eight months of suffering, Wagner was desperate for a cure.

"It would burn. It would itch like crazy. It's something that could just make you go insane," she said.

Through a friend, Wagner was put in touch with a woman whose child seemed to be nearly cured of severe autism by something called Miracle Mineral Solution, or MMS, that was purported to work for a variety of ailments, including chronic hives.

"So though it was odd, I looked it up on the internet and I saw lots of good things about it. I saw a few scary things about it...I didn't care, honestly. I was desperate and I went, 'I'm trying this,'" she said.

MMS is made with sodium chlorite, an ingredient in many industrial cleaners. It's a religious sacrament of the Genesis II Church of Health and Healing. Its leaders, Jim Humble and Mark Grenon, are self-proclaimed archbishops, who claim MMS can cure anything from cancer to the common cold.

Critics, including the FDA, said MMS is nothing more than industrial strength bleach. But what is it for Wagner?

"I was dumbfounded. Within a week, I was off the Prednisone. Within one week, I was just shocked," she said.

She said within weeks the hives disappeared and never came back.

"I'm not a doctor. I'm not a scientist. I'm not a chemist. But it just seemed like this had actually cured whatever I was reacting to," she said.

Wagner wanted to make it clear that she is not recommending MMS for anyone else. She simply said she followed the directions, backing off the dosing if it made her sick and it worked for her. Four years later, she hasn't had a recurrence.

As for the church? Federal prosecutors are watching closely and say if MMS is marketed as a cure for disease, they may wind up facing federal prosecution.