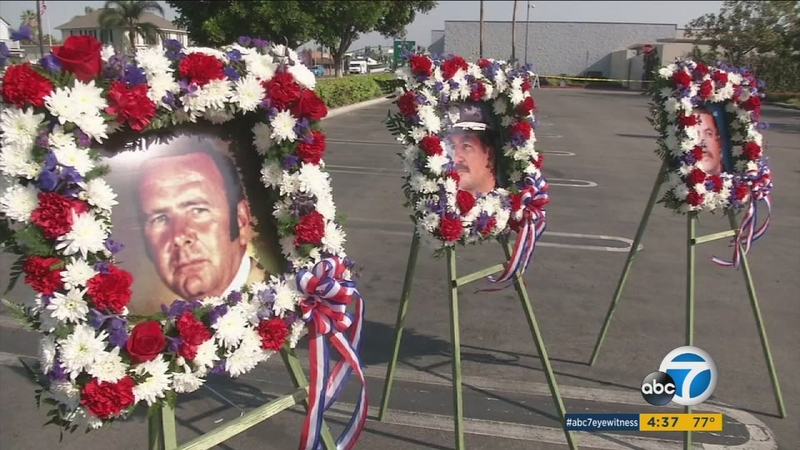 The memorial was dedicated to the three officers who died while protecting the Buena Park community.

Det. Darrel Cate's end of watch came in September of 1972, when a suspect shot and killed him.

"It's quite an honor, we greatly appreciate the Buena Park Police Department in this," Kenneth Cate, Darrel Cate's son said.

Buena Park Motor Officer Tyler Pinchot was hit by a car while pursuing a traffic violator in 2003 and died after being in a coma for 100 days.

"I miss those hugs, I miss him. But he did, what he loved doing, and he died loving what he was doing," Sally Jo Pinchot, Tyler Pinchot's mother said. "I don't think he'll ever be forgotten, that's what I was afraid of, that he would be forgotten."

Buena Park SWAT Officer Daniel Ackerman collapsed suddenly after a fitness test in July of 2011. The 31-year-old died the next morning.

"Seeing him just look so feeble and weak, my brother was a very strong and tall man," Christie Thompson, Ackerman's sister recalled.

The three families were united Tuesday while remembering their loved ones. The memorial sign stands directly in front of the police department to serve as a constant reminder of the sacrifices the officers made.