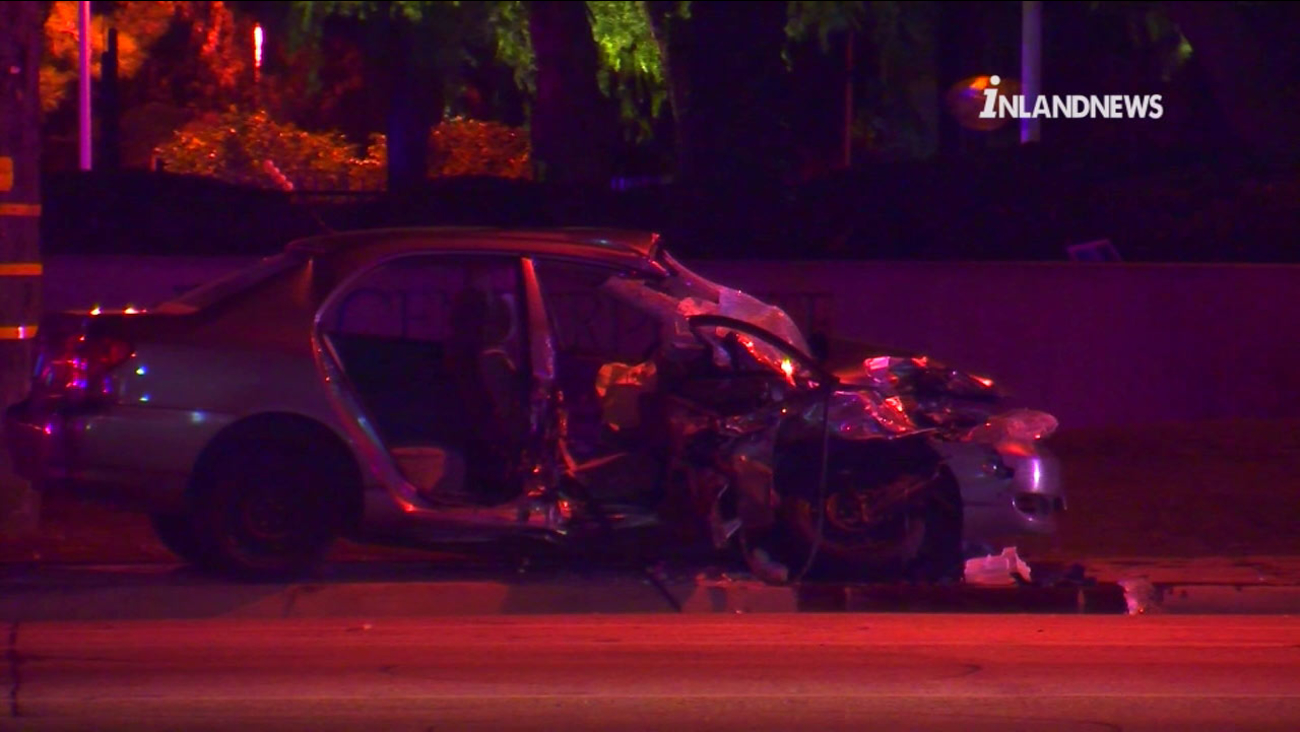 A damaged car after a chase suspect fatally hit another vehicle in Moreno Valley on Saturday, Dec. 26, 2015.

MORENO VALLEY, Calif. (KABC) -- A 76-year-old woman is dead after a police chase ended in a crash in Moreno Valley.

Officials said the chase began Friday around 4:30 p.m. in Beaumont when 53-year-old Simon Peter Gerard Linares refused to stop and got on the westbound 60 Freeway.

After getting off the freeway, detectives said he slammed into another vehicle at Frederick Street and Alessandro Boulevard in Moreno Valley.

In that car was Sybil Richardson from Mira Loma. She was rushed to the hospital, where she died. The driver in the same vehicle was also taken to the hospital with serious injuries.