Vega and Zerebny were shot and killed while responding to reports of a man causing a disturbance at his home in the 2700 block of Cypress Road. They tried talking to the man, but he would not open the door and threatened to shoot them, police said.

Not long after the threats, the officers were shot and killed and another officer, who has not been identified, was injured. He remains hospitalized and provided information to investigators about the shooting.

Fellow police officers escorted the bodies of Vega and Zerebny from the hospital as part of a procession. The bodies were covered in the American flag as they were carried into the back of hearses. A long line of patrol cars trailed the procession to the county coroner's office.


"My employees, my employees are broken. If there's ever a time to pray for Palm Springs PD - it's now," Police Chief Bryan Reyes said.

Reyes said the two were simply doing their job when they were killed. Vega, a 35-year veteran, was set to retire in December and had taken an unscheduled overtime shift.

Zerenby, who had started at the department more than a year ago, had just come back from maternity leave.

The community left an outpouring of support and love for the officers outside of the Palm Springs police station. One resident said the killings were "senseless."

As news of the officers' deaths spread, notable figures from Gov. Jerry Brown to Attorney General Kamala Harris left their condolences for the families and department.

"Officers Vega and Zerebny were killed today doing what they do every day - protecting their community," Brown said. "We grieve with the family members, friends and fellow officers coping with this senseless tragedy. Anne and I join all Californians in offering our heartfelt condolences."

He added that Capital flags would be flown at half-staff in honor of Vega and Zerebny.

"Officer Vega and Officer Zerebny served the city of Palm Springs with heroic valor and bravery and today, courageously made the ultimate sacrifice in the line of duty. On behalf of the entire California Department of Justice, I extend my deepest condolences to the families and loved ones of Officer Vega and Officer Zerebny. I respectfully ask all Californians to keep the men and women of the Palm Springs Police Department and Chief Bryan Reyes in your thoughts and prayers. Today's tragic loss is a reminder of the daily risks our state's peace officers confront to keep us safe."

"The officers who died today in Palm Springs lost their lives doing what law enforcement is asked to do around the world every time they leave home for a shift. They walked into an uncertain and dangerous situation, purposely putting everything on the line so that our communities can be safe. We grieve with the families of Jose "Gil" Vega and Lesley Zerebny, and pray for a full recovery for their colleague, even as we continue to mourn for L.A. County Sheriff's Sgt. Steve Owen. And we stand together against the tragic scourge of gun violence that leaves too many of our communities in fear, and too many of our people in mourning." 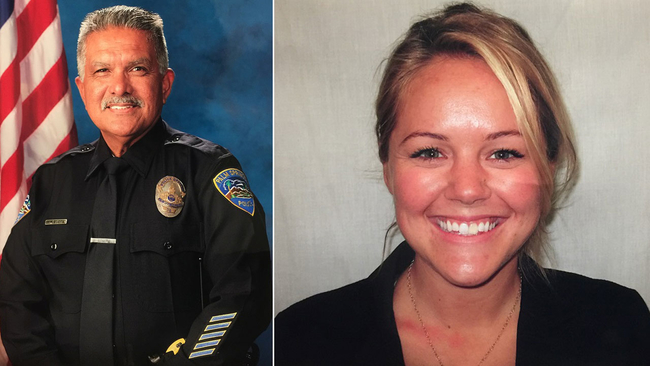