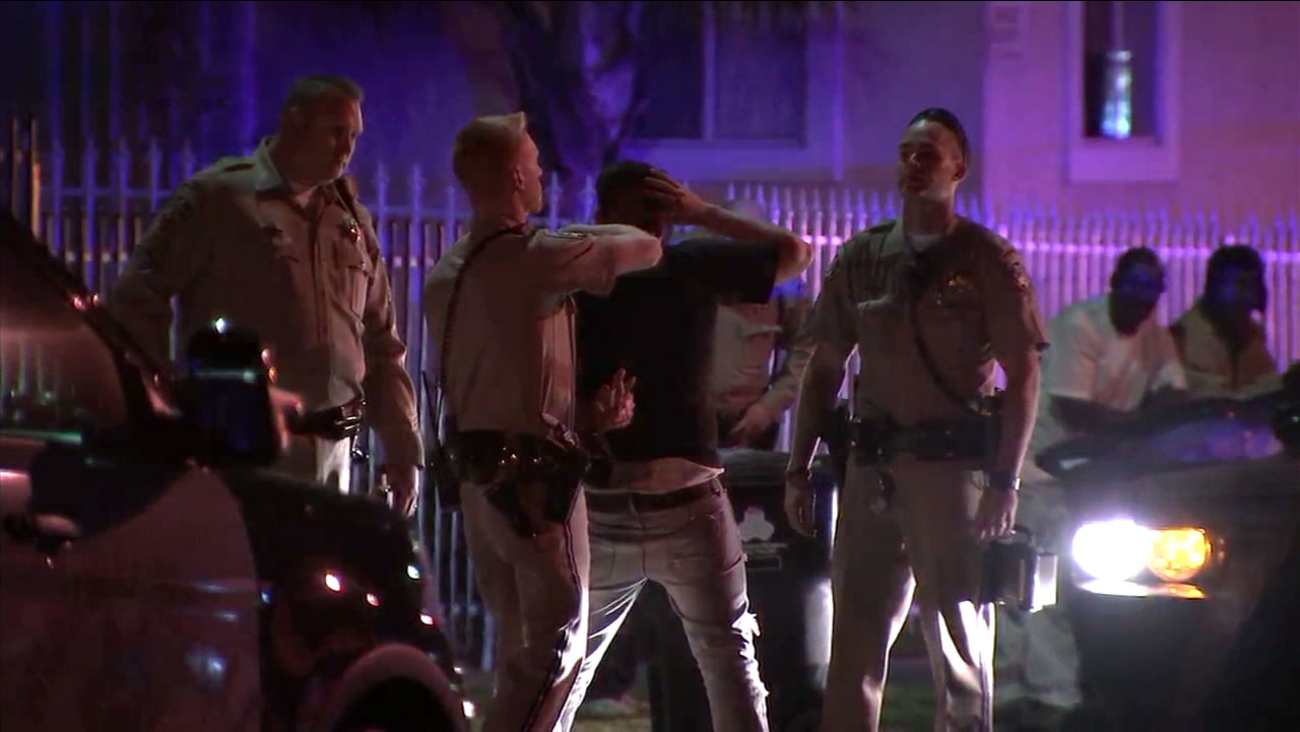 A suspect who deputies witnessed strike a pedestrian in South Los Angeles is arrested for the crime on Saturday, April 1, 2017.

SOUTH LOS ANGELES (KABC) -- A driver who ran off after sheriff's deputies witnessed him striking a female pedestrian in South Los Angeles was behind bars on Sunday.

It started when Los Angeles County sheriff's deputies happened to see the unidentified suspect hit the woman with his car at about 8:30 p.m. in the 9400 block of Normandie Avenue Saturday night.

The suspect, who deputies said was armed with a gun, ran off after the crash and barricaded himself in an apartment in the area. A woman and her daughter were inside at the time but managed to get out safely, according to sheriff's officials.

The suspect eventually surrendered to authorities and was arrested.

Meanwhile, a suspected drunk driver hit a sheriff's unit at the scene. He was also arrested.