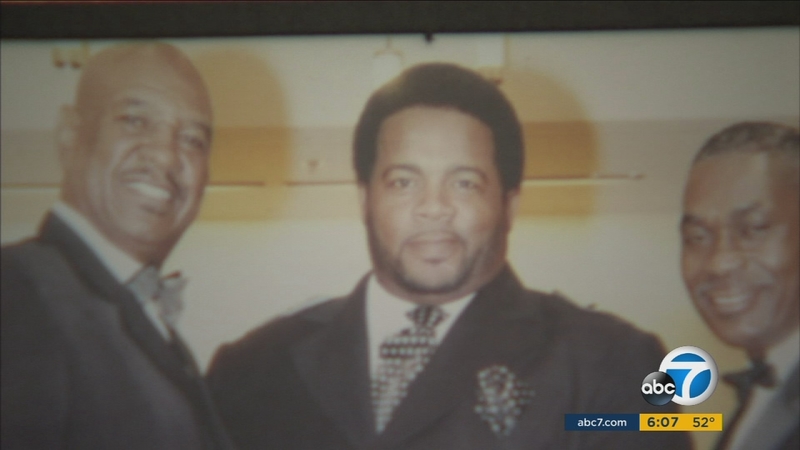 A silver Chevrolet Camaro allegedly blew past a red light and broadsided a Metro van near Hollywood Boulevard and N. Gower Street at about 2 a.m., authorities said.

The van erupted in flames after crashing into a concrete wall. An on-duty male custodian, the sole occupant of the van, was pronounced dead at the scene.

Friends and family identified the Metro employee as Willie Toy, 51. They said the South Los Angeles resident was a devoted member of his church.

"He loved reaching out to the younger boys, young men. He would try to help them in any way. He was very close with his little nephews and his children and his mom," friend Vickie Cotton said.

He was the chairman of the board of deacons at New Mt. Zion Missionary Baptist Church.

The driver of the Camaro, a man in his late 20s, was transported to a local hospital in critical condition where he later died.

An LAPD spokesman said police pulled the driver of the Camaro over for making an illegal left turn prior to the collision.

"They conducted a traffic stop. The passenger stepped out of the vehicle they were investigating in, and it was at that time that the driver just decided to take off and fled the scene," LAPD Sgt. Marlon Marrache said.

Police continued interrogating the female passenger and then went in search of the male driver. At no point was a pursuit initiated, police said. Upon their search, police came across the crash site.

"Right now, we're just trying to put the pieces together on why he decided to flee the initial traffic stop detention and why this had to happen," LAPD Lt. David Ferry said.

Police questioned the female passenger and worked to determine if alcohol may have played a role in the collision.

The name of the Camaro driver was not released pending notification of kin.