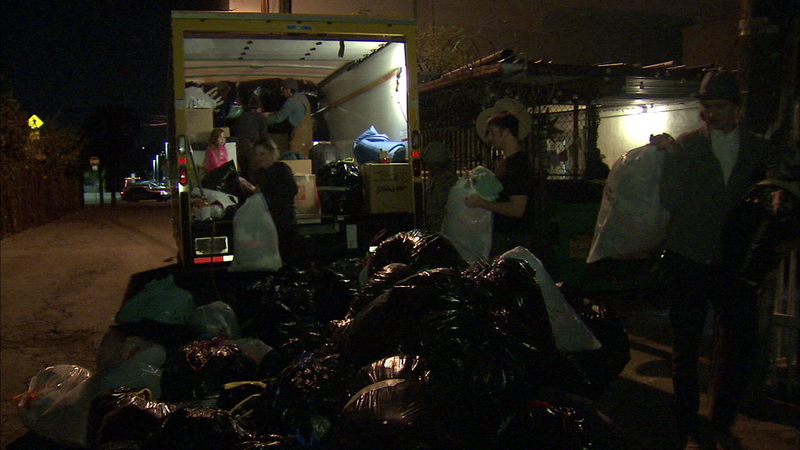 LOS ANGELES (KABC) -- A truckload of supplies is heading from Los Angeles to Standing Rock, the site of a months-long protest over a planned oil pipeline.

The supplies were collected in just a week after the call went out for donations of items such as sweaters, blankets, first-aid materials and firewood to help protesters through the winter at the North Dakota site.

The protesters are trying to stop the Dakota Access Pipeline, a $3.7 billion project that the Standing Rock Sioux say threatens their sacred land and drinking water supply.

The Los Angeles donation effort started with just a box left out at Kinship yoga studio in Highland Park. So many items were donated they filled the entire studio.

"This has been an unexpected community effort," said Alexandra Gibson, one of the donation organizers. "It all happened last minute, putting out a call for donations. We thought we'd get a box or two and it ended up being an entire room full of donations."

More than $3,000 was also raised through a GoFundMe page to help pay for transporting the items by truck.