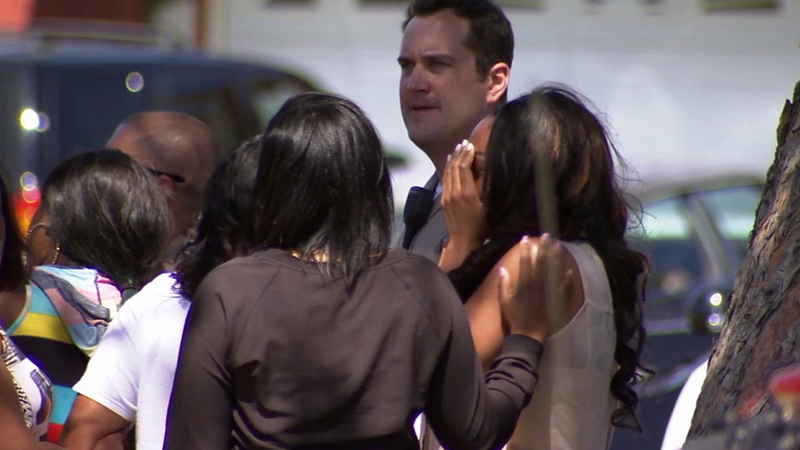 CARSON, Calif. (KABC) -- An elderly man killed his wife and then himself in an apparent murder-suicide in Carson on Sunday, authorities said.

The couple had been married 55 years and were identified as Roy and Lucille Wills, family members said.

Los Angeles County sheriff's deputies responded to the 500 block of E. Moorehaven Drive around 6:30 a.m. after receiving a call to "check the vicinity," authorities said. The husband briefly made contact with authorities before barricading himself inside the home. During the investigation, deputies said they heard several gunshots.

After an hours-long standoff, authorities entered the house and found them both dead.

"The male individual had called his son in the Palmdale, Lancaster area and made some indication that he had killed his mother. In turn, Carson station was notified and began a response," Lt Dave Coleman said.

Los Angeles County sheriff's deputies and SWAT team members cordoned off a home where an armed suspect was barricaded on Sunday, April 12, 2015.

The surrounding homes were evacuated to keep residents safe, and the department's SWAT team was called to the scene.

Family members said Roy Wills was depressed and had open heart surgery last year. They added he was being treated by a doctor, but nothing appeared to be helping.

"Never saw this coming. Knew he had been ill, had a few problems. I just want everyone to pray for the family," neighbor Charles Alford said.

The couple had lived in the neighborhood since it was built in the early 1960s. Roy Wills was in his late-70s.

Detectives have visited the home before, but did not specify for what reason. They have previously removed weapons, officials said.

Anyone with information about the incident is asked to call the LASD Caron Station at (310) 830-1123. Those wishing to remain anonymous may contact "Crime Stoppers" at (800) 222-8477.
Related topics:
carsonlos angeles countybarricaded manevacuationmurder suicide
Copyright © 2021 KABC-TV. All Rights Reserved.
More Videos
From CNN Newsource affiliates
TOP STORIES