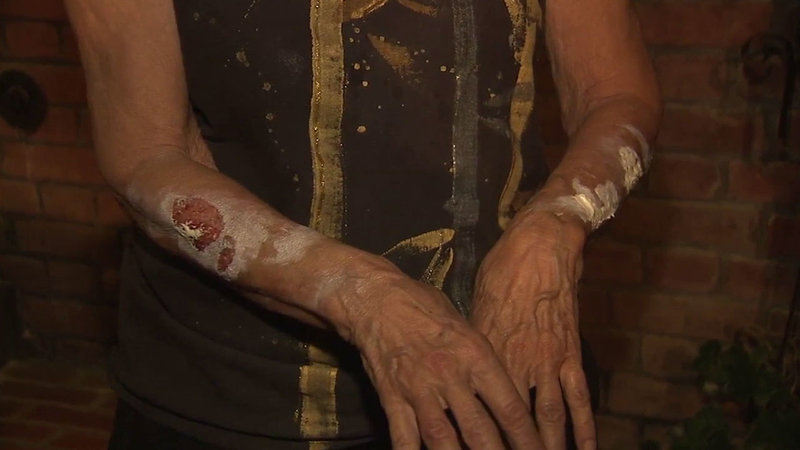 The 73-year-old woman, who did not want to identified, said she was startled awake around 4 p.m. by a dark figure in a ski mask. She said it was her worst nightmare come true.

The man grabbed the woman out of bed with such force that it tore the skin on her forearms. She said she tried to fight back, but was unaware that there were two people in the home.

"One came up behind me and that's all she wrote," she said. "They drug me down face first, or on my front, down 15 steps."

She added that the suspects appeared to know what they were after and had tools to burn through door locks. The victim said the men had her open a door, which led to another room, but it appeared they thought it could have been something valuable.

She believes the home-invasion robbery was an inside job. She had recently hired a professional care agency to help look after her 82-year-old husband who has Parkinson's disease and recently broke his leg.

She canceled the 11 p.m. to 7 a.m. shift and wonders what she and her husband should do as an aging couple.

"Are we all supposed to sell up? Go into retirement homes? Put ourselves up behind gates and bars and be prisoners? Or are we just supposed to try and be able to have a life?" she said.

The couple has lived in the home, which sits on a hill, for nearly 43 years. She said they may get surveillance cameras and more motion-detector lights.