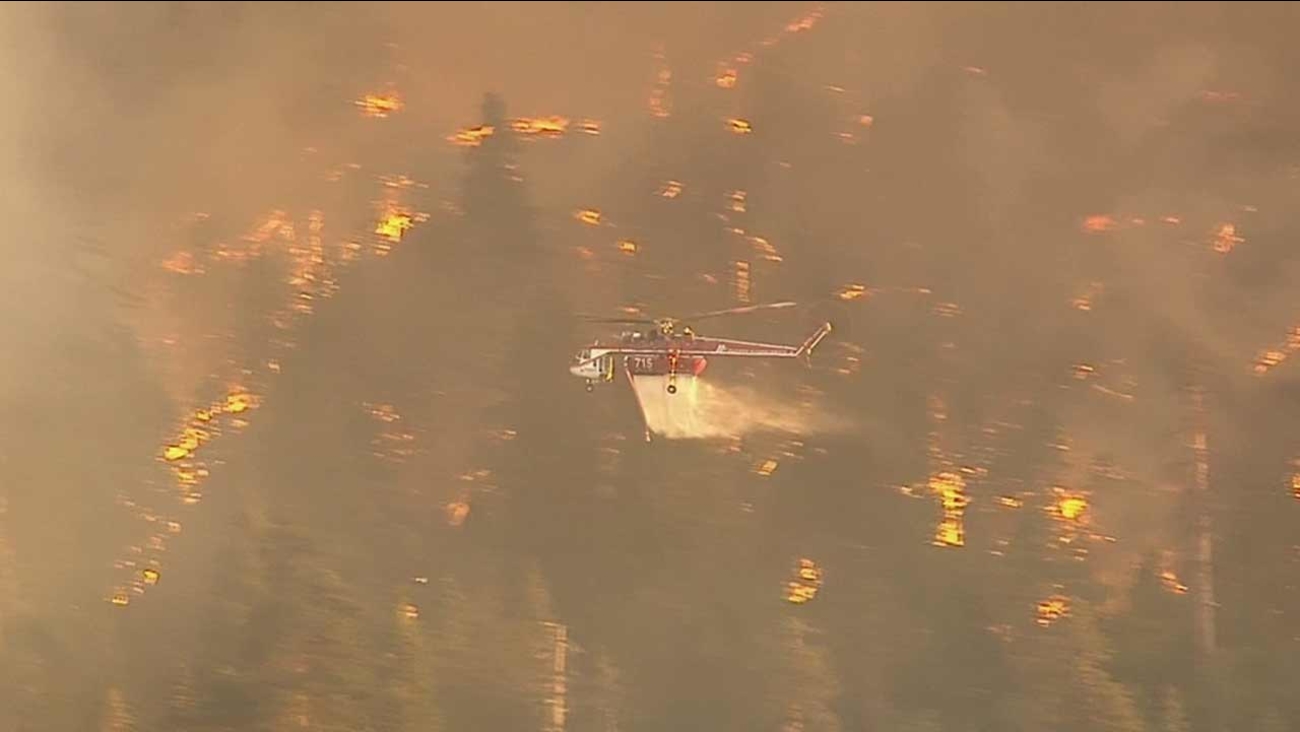 A helicopter makes a water drop on a fire burning near Camp de Benneville Pines on Jenks Lake Road in the San Bernardino Mountains Wednesday, June 17, 2015.

The Lake Fire, which is burning in timber east of Camp de Benneville Pines, south of Jenks Lake Road, began around 4 p.m.

One person has been evacuated from Camp Ta Ta Pochon, which is owned by the YMCA of the West San Gabriel Valley. A total of 177 people from Camp de Benneville Pines, Alpine Meadows, Camp Edwards and Camp Tulakes have also been evacuated.

Children from the camps were bused to Citrus Valley High School in Redlands and the County Office of Emergency Services (OES) has sent representatives to meet with parents. The American Red Cross has also opened a shelter for evacuees at the high school.