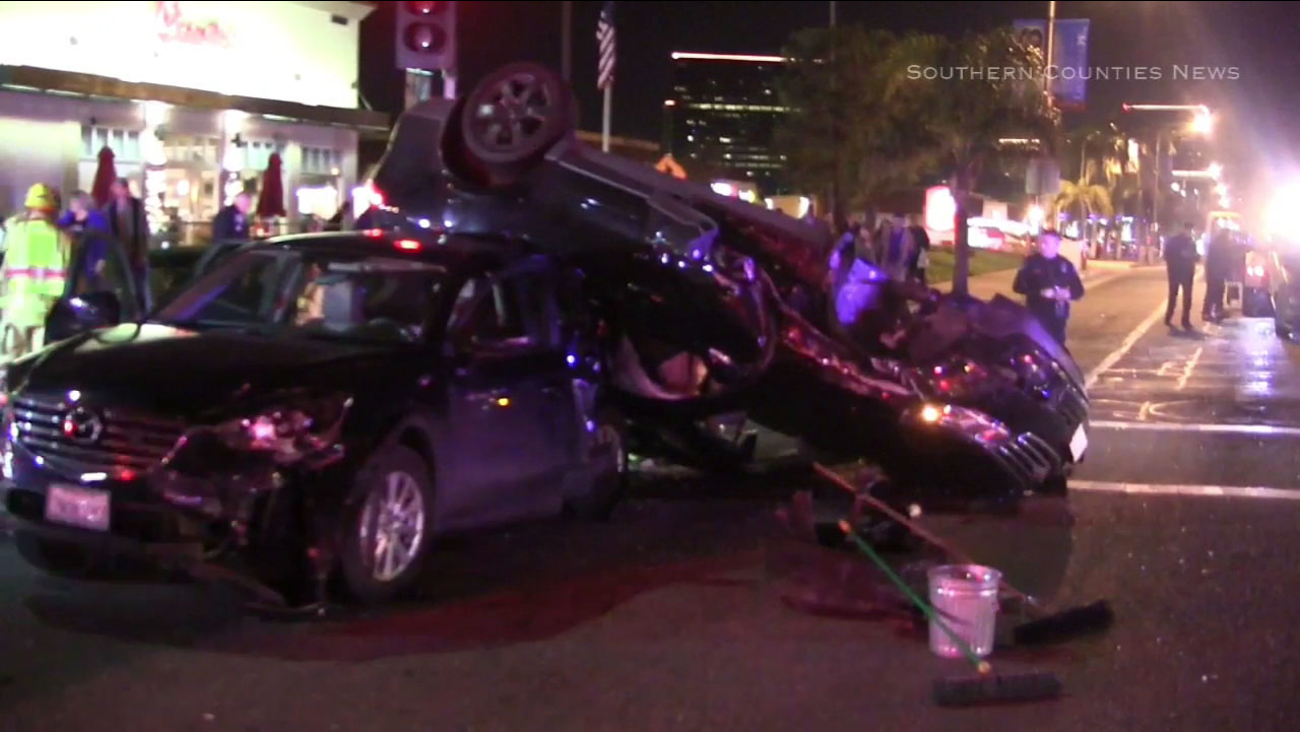 The crash happened around 5:45 p.m. at MacArthur Boulevard and Bristol Street. Video from the scene shows one car flipped over on top of another and fire officials say at least one person had to be extricated from one of the vehicles.

Seven people were inside the two vehicles and five of them were transported to a local hospital. Three suffered moderate trauma and two had minor injuries.