KFSN
FRESNO, Calif. -- A sheep that was sexually assaulted by a Fresno State student is now being monitored by a veterinarian.

Students on campus are still talking about what everyone is calling the "sheep incident." A computer engineering student is now facing serious charges after Fresno State police became involved.

Fresno State Ag students say shock, doesn't even begin to describe what happened on campus. It was late at night, a student heard noises, and found a 23-year-old inside the sheep barn having sex with one of the ewe's.

Student Marisa Burkdoll said, "It's just kind of disgusting and revolting and personally makes me angry, I mean why would you do that?"

Burkdoll works with the horses on campus, and oversees every aspect of their care and survival. She heard about the sheep incident through social media.

"There was a post that said something about the sheep unit at Fresno State and some guy was trying to have sex with the lambs," said Burkdoll.

In fact, there's even a Twitter handle dedicated to the sheep, which caretakers say is being treated by a veterinarian, and is one of the many animals used for breeding.

Students at the sheep barn say they weren't allowed to talk, but were repulsed by the act.

Burkdoll explained, "It's just kind of sick it's unnatural and the animals they can't really, I mean they can't defend themselves, they can to an extent but they're innocent you know what I mean?"

Burkdoll believes the suspect should go to prison.

The student told police he drank an unknown amount of alcohol and was stressed about the midterm. He was charged with sexual assault of an animal. He's since been released from jail.

Many frustrated CA workers locked out of unemployment benefits 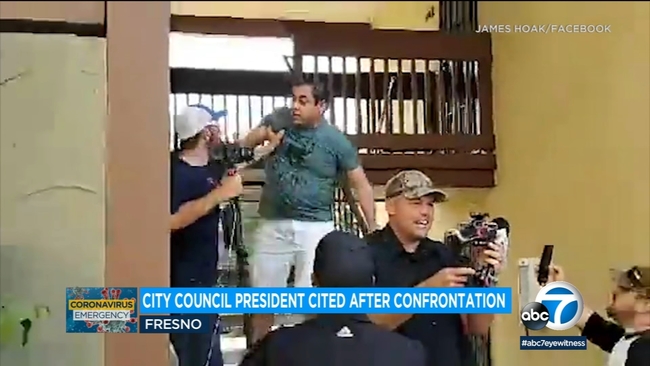