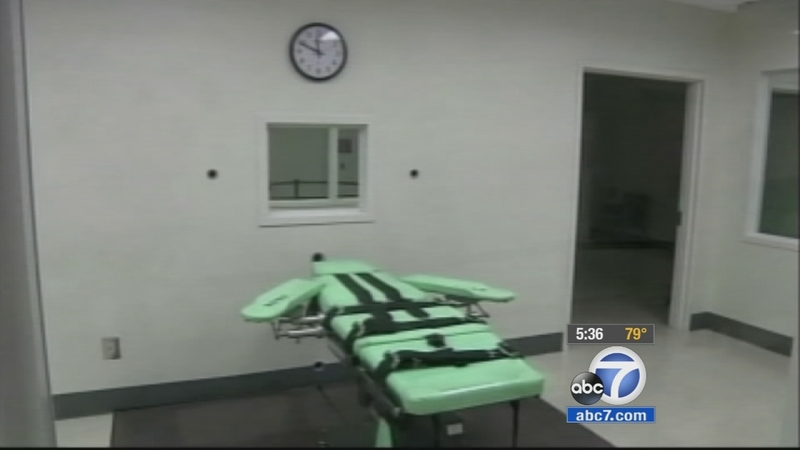 LOS ANGELES (KABC) -- A new campaign has launched to speed up executions for death row inmates in California.

A coalition of district attorneys, law enforcement officials and victims' advocates proposed the launch of the Death Penalty Reform and Saving Act of 2016 on Friday.

"We are here to propose an initiative that will address the appellate delay and the ineffective housing rules for those awaiting the imposition of the death penalty," Los Angeles County District Attorney Jackie Lacey said.

While California's death penalty is still on the books, no one has been put to death in the state in nearly 10 years.

"The frivolous appeals and the lack of getting them attorneys, I think it works for both sides, the victims and these defendants, that they get an attorney immediately when they are sentenced instead of waiting five years. That's part of the delay," San Bernardino District Attorney Mike Ramos said.

Under the act, death row inmates would also have to work in prison to pay restitution to victims' families in addition to sharing cells with other inmates.

The group says California houses more than 700 death row inmates and the average wait time for an execution is 20 to 25 years.

Supporters said the reform would cut that time in half or less.

He said the killers have been on death row for almost two decades.

"It's not going to change anything for my family because it is not going to bring my members back, but what it will do for society, what it's going to do in the underworld is it's going to say, 'You can't do certain things or you're going to pay the ultimate price," Alexander said.

A similar initiative failed in 2014.

Those against the death penalty claim speeding up the appeals process could violate inmates' constitutional rights.

If the initiative makes it to the November 2016 ballot it will most likely go head-to-head against an opposing initiative to abolish the death penalty.