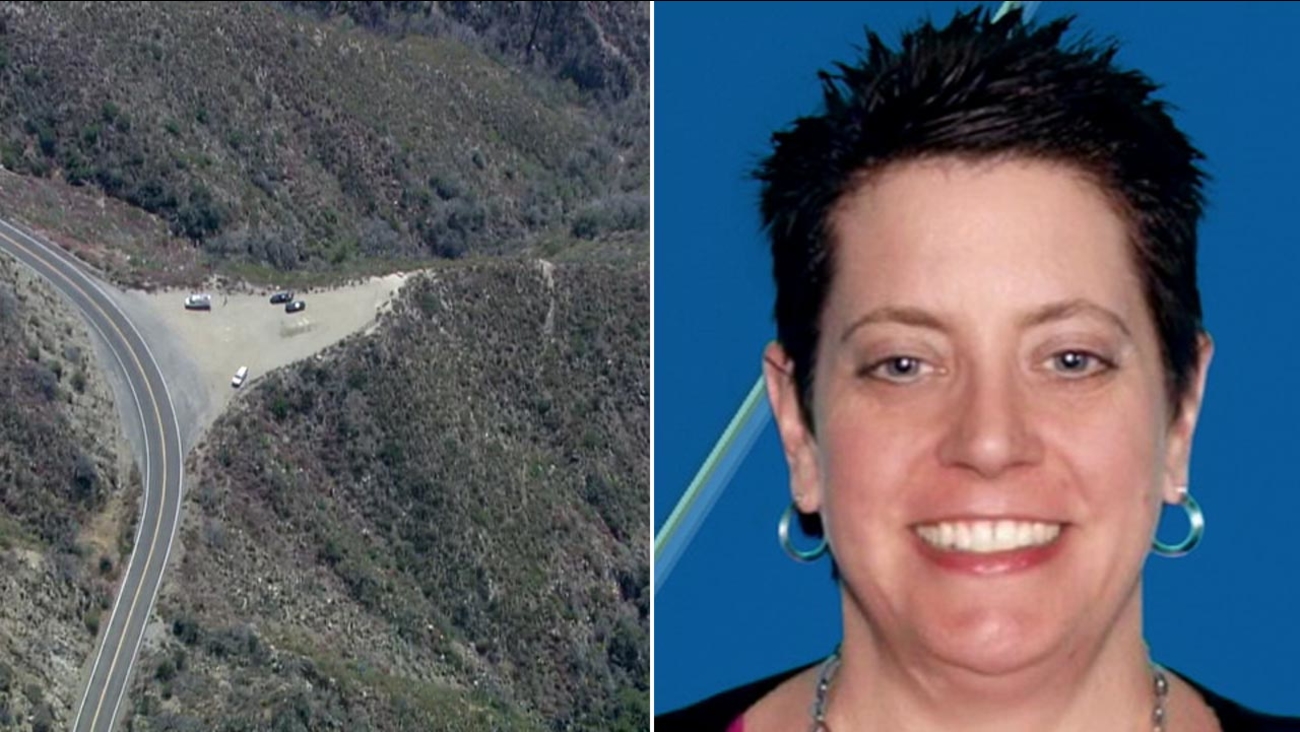 Human remains and a wrecked car were found at the off a 500-foot embankment in the Angeles National Forest. Officials say the discovery is linked to missing person, Kimberly Blum.

KABC
ANGELES NATIONAL FOREST (KABC) -- Human remains and a wrecked car were found at the bottom of a 500-foot embankment in the Angeles National Forest. Investigators say the discovery is linked to a 2014 missing person case.

Los Angeles County sheriff's detectives said Caltrans workers found skid marks on Angeles Crest Highway near mile marker 41 on Tuesday. Sheriff's officials responded and located an SUV down the side of the highway.

Search-and-rescue crews rappelled down the side of the mountain and found a silver Honda CRV, which appeared to have been abandoned for some time.

Deputies checked the vehicle identification number and learned the car was connected to Kimberly Blum, 47, who was reported missing by her mother to the Los Angeles Police Department in June 2014.

Rescue personnel resumed searching the area on Wednesday and found skeletal remains near the car.

The remains have not yet been positively identified, and the coroner has not determined a cause of death.

Blum had last been seen suddenly leaving a graduation party for her niece in the 10000 block of Newhome Avenue in Sunland on June 5, 2014, according to the LAPD.

Some of her belongings, including some medicine, were later found along Angeles Crest Highway, north of the 210 Freeway.

A $5,000 reward had been offered for information leading to Blum's safe return.

The skid marks discovered on the highway turned out to be from a recent crash and unrelated to the CRV, authorities said.

The investigation is ongoing. If you have any information about this case, you're urged to contact the Los Angeles County Sheriff's Department's Homicide Bureau at (323) 890-5500. You can submit anonymous tips by calling Crime Stoppers at (800) 222-TIPS.
Related topics:
los angeles countyhuman remains foundlos angeles county sheriff's departmentcarsearch and rescuemissing person
Copyright © 2020 KABC-TV. All Rights Reserved.
More Videos
From CNN Newsource affiliates
TOP STORIES