ABC7 exclusive: Error sends jet from LAX into flight path of other plane

KABC
By Rob Hayes
ALTADENA, Calif. (KABC) -- An air traffic controller error sent a jet from LAX into the flight path of another plane and flying low over the mountains above the San Gabriel Valley, Eyewitness News has exclusively learned.

As a big rainstorm pounded Southern California early Friday, an EVA Air Boeing 777 that left LAX around 1:20 a.m. heading to Taipei was given an incorrect instruction by a controller based in San Diego to turn left instead of right.

That sent the airliner toward the mountains above Altadena, as well as toward the flight path of an Air Canada plane that had just taken off.

Audio traffic indicates the same controller realizing the problem and telling the airliner to "Stop your climb" and several times to head southbound.

"EVA 015 Heavy, what are you doing? Turn southbound now, southbound now. Stop your climb," the frustrated controller says after the plane apparently does not heed her initial instruction.

Several times the controller tells the pilot to head south. More than a minute later, she is still trying to get him to change direction.

The EVA crew eventually pulled up and got onto the right flight path.

The ordeal played out in the skies above the San Gabriel Valley in the rainstorm while countless people slept below.

But some residents say they were startled late at night by the ominous sound of a large jet that seemed to be flying too close to the ground. They said they don't get low-flying planes in their area because of the nearby mountains.

"It sounds like it's getting lower and lower and really loud, really big," said Altadena resident Kate Sullivan. "Like a really big fricking jet is going right over the house really slowly."

Her main concern is Mt. Wilson nearby, which rises 5,700 feet above the ground.

"We never have jets coming in, in this neighborhood, because we have Mt. Wilson right here. The mountains are right here!"

The FAA has launched an investigation.

Federal regulations require planes to be at least three miles away from another object laterally or 2,000 feet above mountains. FAA officials said the EVA never lost the required distance to the other jetliner to be in danger of a plane-to-plane collision, but the agency is investigating whether it did come too close to the mountains. 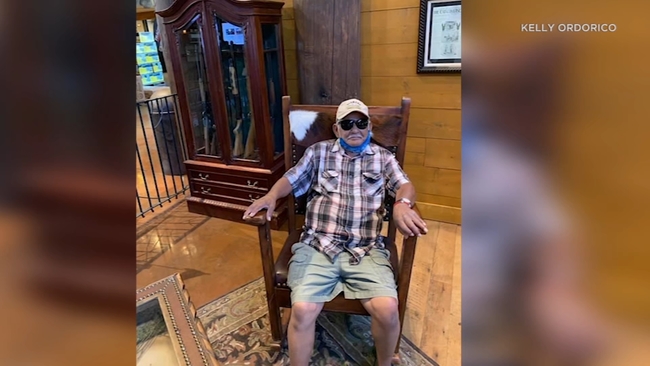