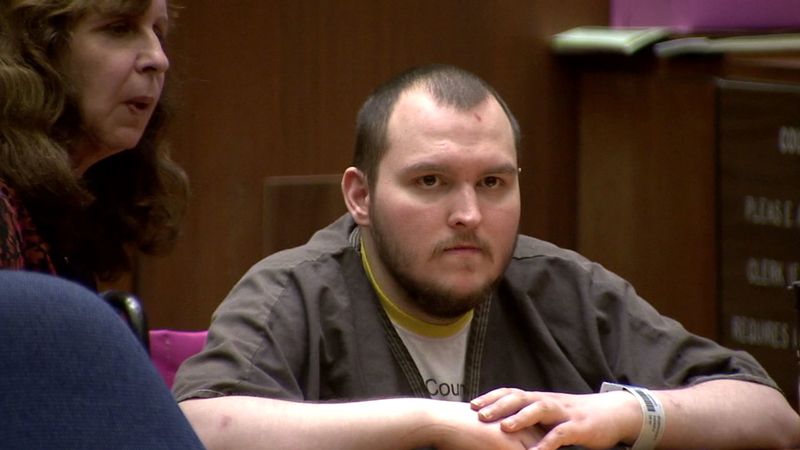 LOS ANGELES (KABC) -- The case of Harry Burkhart, a convicted serial arsonist responsible for more than 50 fires in Los Angeles in 2011, has jurors at a stalemate. But the judge said there will be no deadlock yet.

Burkhart, a 29-year-old undocumented German immigrant, is facing his second trial to determine if he was sane during the crimes. His defense contends that he was insane when he lit 51 fires in carports and occupied apartments throughout Los Angeles.

On Thursday, the jury said they were unable to reach a unanimous decision.

In a note sent to the judge later in the afternoon, the foreperson stated, "Everyone has individually reached a decision, and it seems like no one is willing to change his or her mind."

Earlier in court, Burkhart told the judge that he did not like his attorney and that his lawyer would not do what he asked.

"I am mentally ill. I cannot understand wrong from right. I want my attorney to tell the jury," he said.

The jury had requests. They wanted to review a jailhouse recording in which Burkhart admitted to setting 40 fires to buildings and police cars.

A forensic psychologist, who testified for the prosecution, mentioned that Burkhart did not show signs of psychosis during that recording, which was taped within hours of his arrest.

The recording itself though was never played for the jury or entered into evidence by either the prosecution or defense. The judge denied the jury's request for that recording.

The jury also wanted to know the definitions of legal wrongfulness and moral wrongfulness. It's a pivotal question in the case, which shows whether Burkhart understood what he was doing.

As for the suggested deadlock, the judge said it was too early in the case for that. The initial trial, which resulted in Burkhart's conviction, lasted six weeks and contained a lot of evidence. The jury deliberated for more than four hours in the sanity phase.