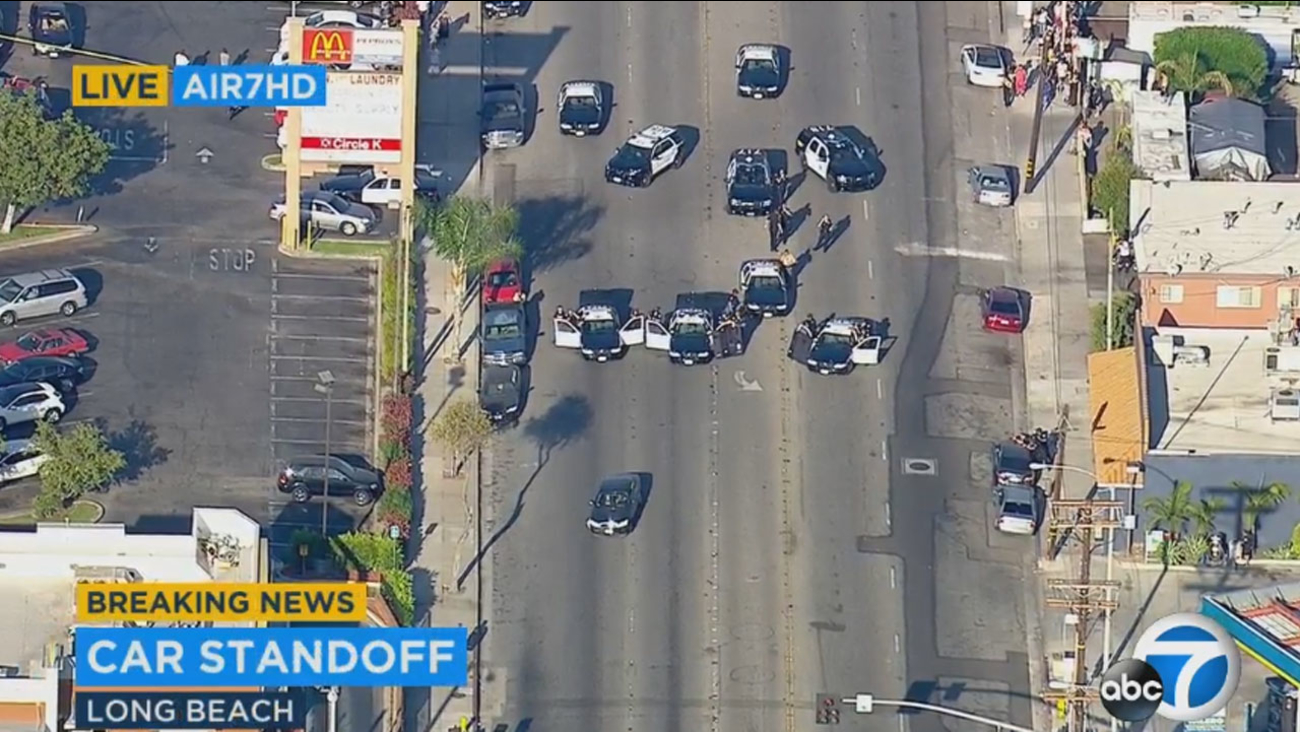 Long Beach police are in a standoff with a suspect in a black Mercedes.

LONG BEACH (KABC) -- After a standoff that lasted more than two hours, police took a man into custody in Long Beach.

Long Beach police say the incident began around 4:30 p.m. with a pursuit for reckless driving. Officers found the black Mercedes at 5 p.m. and drove up to it with the intent of having it towed when the driver fled again, officials said.

After a short pursuit, the car hit an empty, parked vehicle and his Mercedes became inoperable in the area of Artesia Boulevard and Downey Avenue.

A man surrendered after a two-hour standoff in his car with Long Beach police on Friday, July 8, 2016.

The driver refused to leave the car and a SWAT team was brought in to negotiate and take him safely into custody.

Multiple officers surrounded the black Mercedes from a distance and had their weapons aimed at the vehicle.